HANOI, VIETNAM - Media OutReach - 19 January 2022 - The VinFuture Prize has hugely inspired all the scientists involved and it will go a significant way to put the country on the world's science map and honour those willing to go the extra mile to make scientific breakthroughs - those with endless curiosity that think outside of the box. 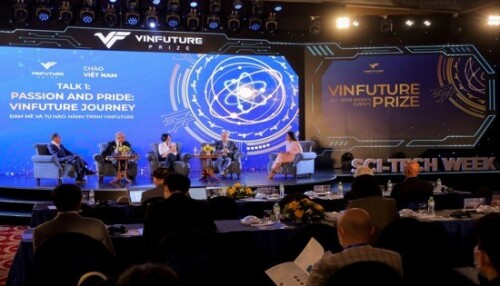 "Talk with VinFuture Prize Council and Pre-Screening Committee" in the morning of January 18th, 2022

"For the community" prize

Talking about the journey to VinFuture, Professor Albert P. Pisano (California University, San Diego, USA), co-chairman of the VinFuture Pre-Screening Committee spoke about his first time hearing about VinFuture. "The first idea on my mind is that we rarely see a prize that can acknowledge such devotion from scientists, since when the ideas were formed until the realization is made, and impacting millions of people, as with VinFuture," said Pisano during VinFuture's talk with the public on the morning of January 18, 2022, at Almaz Convention Center, Hanoi.

Professor Richard Henry Friend, chairman of VinFuture Prize Council, said he still remembers the "excitement" when he heard about VinFuture.

Professor Nguyen Thuc Quyen, California University, Santa Barbara (USA), co-chairwoman of VinFuture Pre-Screening Committee, said: "To me, this is not simply a prize fund, it is the prize for Vietnamese people."

Professor Quyen is persuaded by the fact that technology all over the world has not changed the lives of poor farmers and labourers. Born in a small village in Việt Nam where there was no electricity for 16 years, she knows better than anyone else. Accordingly, she wants to contribute a scientific idea that can reach the majority, especially the poor.

Quyen could not hide her happiness that there are almost 600 nominees for the prize. "The mission of the prize has touched the hearts of many. There are plenty of candidates coming from various continents," she said.

Professor Richard Friend confirmed that the quality of entrants was marvellous, and beyond the standards they were expecting.

"If we don't knock, no door is opened"

A much-awaited part of the talk is the stories of popular and learned "judges" about how they made breakthroughs in technology.

The journeys of the professors all came from a simple thing: "curiosity."

Nguyen Thuc Quyen loved literature and history, but only when she turned 25 did she find her true calling, during a science lesson.

Professor Albert P. Pisano accidentally met a relative who made glasses and cups from different materials, which ignited his curiosity and first steps in science.

"The aim of science, after all, is curiosity, exploration, and the journey to walk on," said Professor Nguyen Thuc Quyen.

Professor Dang Van Chi, Ludwig Cancer Research Institute, told the story of his u-turn when he raised "a question that never been questioned."

These questions can be doubted at first; some questions may be wrong, but the important thing is that "among many wrong questions, there will be a right question," he said.

Professor Quyen believes the beauty of science originally comes from the act of stepping out of your comfort zone, to be brave enough to run and step into a new zone.

"If we don't knock, no door will be opened. No one can stop us from dreaming and reaching dreams high above," she said.

Professor Richard Friend thinks that we need the forum to explore together and create a "can do" culture to inspire the young. "Talents need to be inspired, authorised, and we must never stop exploring," he said.

Meanwhile, Professor Albert P. Pisano said that this prize was a precious lesson to everyone, so scientists can show off their potential, express their love to human beings, and be confident in the way they choose.

Professor Richard Henry Friend said: "We must not judge young people when they are walking on different paths of their own. The crucial thing is that we need to build a culture of respecting education and training, to encourage the students to walk freely with proper orientation. They can be outside regular standards, as long as they are successful."

"This is the only event that has had such a positive impact on Việt Nam and the whole world."

The VinFuture Sci-Tech Week shall have three more main events:

To ensure the safety of the world-class event, the organization board has carried out procedures for controlling and testing for COVID-19 under strict conditions. 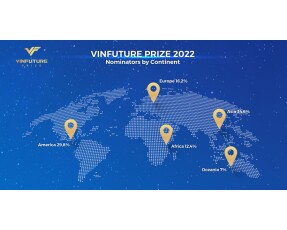 VinFuture Prize 2022 officially announces commencement of the pre-screening round 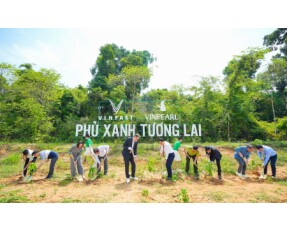 VinFast kicks off its "Plant The Future" project