VinFuture Foundation will hold its Online Science Dialogue series’ second installment discussing “Renewable energy and new materials for the future" on November 12th, 2021. The Dialogue will see the attendance of world-class scientists, most notably Professor Konstantin (Kostya) Sergeevich Novoselov, a Nobel Prize laureate in Physics. The event is aimed at bringing science and technology closer to the general public with solutions that have high real-world applicability.

HANOI, VIETNAM - Media OutReach - 8 November 2021 - This November, VinFuture's Dialogue is titled "Renewable energy and new materials for the future" and centers around foundational knowledge and applications of new energy and materials in humanity's response to the global energy crisis. As part of the program, young scientists will also have chances to converse with world-leading scientists, and to discuss the opportunities and challenges they encounter in their start-ups, thereby bringing research projects into industrial production and out into the world. 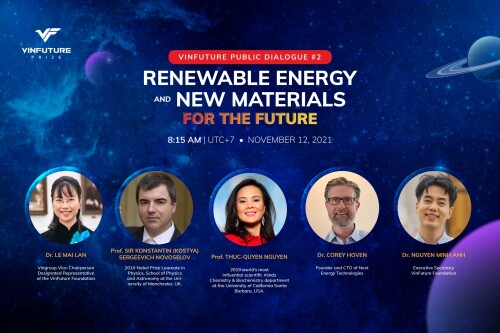 Most notably, leading the discussion on "Future materials" will be the Nobel Prize laureate in Physics - Professor Konstantin (Kostya) Sergeevich Novoselov. As the youngest scientist to have been awarded the Nobel Prize in Physics since 1973, Prof. Novoselov has a global influence in condensed matter physics and nanotechnology. His achievements with graphene - the strongest ultra-thin material in human knowledge - promise to deeply change the fields of Science and Technology, Industry, and Medicine. Prof. Novoselov is currently a Fellow of the Royal Society, a member of the US National Academy of Science, as well as the National University of Singapore's Tan Chin Tuan Centennial Professor and Director of the Institute for Functional Intelligent Materials. Since 2014, Prof. Kostya Novoselov has always been featured as one of the most cited scientists globally and as part of the world's top 0.01% in the field of Science and Nanotechnology (PLOS, 2021).

Professor Nguyen Thuc Quyen, Director for Polymers and Organic Solids, Professor in the Department of Chemistry & Biochemistry at the University of California, Santa Barbara (UCSB), will speak at the Dialogue on the topic of solar energy. With more than 418 research projects and 24 patents on renewable energy, electronic - organic devices, solar cells and photovoltaics, etc., Prof. Thuc Quyen was one of the world's most influential scientific minds and Top 1% Highly Cited Researchers in Materials Science according to Thomson Reuters and Clarivate Analytics for 5 consecutive years, from 2015 to 2019.

Dr. Corey Hoven, Founder and CTO of Next Energy Technologies, will bridge the gap between scientific research and practical application. His company has successfully commercialized smart windows that can generate electricity for high-rise buildings using solar energy.

VinFuture's Science Dialogue series aims to provide a space for open dialogue with the public, spreading the values of "science at the service of humanity" and contributing to the United Nations' 17 Sustainable Development Goals (SDGs). The Dialogue gives special attention to undergraduates, postgraduates, scientists, and young technology entrepreneurs in Vietnam and around the world. They will have the opportunity to share new perspectives, discuss breakthrough ideas, and raise their concerns about research topics or start-up projects and innovations in order to be discussed and addressed by the guest speakers.

Dr. Le Mai Lan, Vice Chairman of Vingroup and Representative of VinFuture Foundation, shared: "Through the public dialogue series, we hope that leading scientists and researchers around the world can share their great contributions to the public in easy-to-understand language, turning science into a familiar and inseparable part of people's lives. At the same time, we would like to inspire youth to take on responsibility for pressing global issues, thereby encouraging them to pursue scientific research to find solutions."

Previously, in September 2021, the first dialogue titled "How Science is Changing Global Health?" was successfully organized by VinFuture Foundation with the participation of world-leading scientists in the field of health management, such as Prof. Ezekiel Emanuel (Vice Provost for Global Initiatives at the University of Pennsylvania, USA), Professor Alta Schutte (Principal Theme Lead of Cardiac, Vascular and Metabolic Medicine in the Faculty of Medicine and Health at the University of New South Wales, Sydney, Australia),...

All VinFuture webinars will be open to the public free-of-charge via Zoom and Facebook: https://www.facebook.com/VinFuturePrize/ (Language: English). Register to participate in the event here.

The issuer is solely responsible for the content of this announcement.
About VinFuture Foundation

VinFuture Foundation is an independent and non-profit foundation operating in Vietnam. It was founded with the vision of creating meaningful changes in people's daily lives through the celebration of global technological innovations. The Foundation's core activity is awarding the annual VinFuture Prize for breakthrough scientific and technological innovations that have made or have the potential to create meaningful changes in people's lives. In addition, the Foundation will conduct many activities to accomplish its mission, such as funding research projects, collaborating in academic development, and promoting STEMM education. 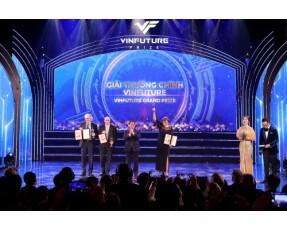 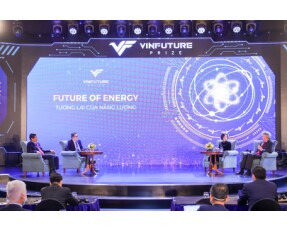