Belo Horizonte, Brazil - Newsfile Corp. - September 7, 2022 - Brazil Minerals, Inc. (OTCQB: BMIX) (the "Company" or "Brazil Minerals") is pleased to announce that it has filed with the Securities and Exchange Commission an initial exploration report prepared by SLR International Corporation for the Company's Neves property (the "SLR Report"), which is part of Brazil Minerals' 100%-owned Minas Gerais Lithium Project. The SLR Report was prepared in compliance with Subpart 1300 of Regulation S-K ("Regulation S-K 1300") applicable to U.S. reporting companies. The Minas Gerais Lithium Project currently encompasses 52 mineral rights aggregating 22,694 hectares (227 km2 or 56,078 acres) in the northeastern portion of Minas Gerais state in Brazil. This mineral district is well-known for hard-rock geological formations known as pegmatites which contain lithium-bearing minerals, such as spodumene and petalite. The Company believes that it is the largest holder of lithium areas in Brazil.

The SLR Report covers the initial drilling program on one of these 52 mineral rights, a claim known as the Neves property. On August 18, 2022, Brazil Minerals acquired three additional claims surrounding Neves, expanding it almost forty times from its previous size. While these additional areas are not part of the SLR Report, they are known to contain lithium-bearing pegmatites and will be explored in a near future drilling campaign.

Volodymyr Myadzel, PhD, Sr. VP of Geology for the Company, and a Qualified Person for lithium under Regulation S-K 1300, commented, "We have drilled only a small fraction of our exploration plan for Neves and have already generated highly significant results including 28 meters (92 ft) down-hole or 18.5 meters (61 ft) estimated true width of spodumene mineralization in drill hole DHAB15. Our peak grade thus far is 3.23% Li2O in geochemical assays obtained from one sample in drill hole DHAB11b. We believe that Neves has the potential for ten to twenty million tons of spodumene resources, possibly more. And we still have many other high-quality mineral rights to explore."

A critically important and commercially relevant result has been the successful achievement of 6.67% spodumene concentration from preliminary metallurgical testing. A 6% spodumene concentrate is a commercially sought-after lithium product. These studies were performed at SGS Geosol in Vespasiano, Minas Gerais, an independent third-party laboratory used by major mining companies operating in Brazil. Metallurgical test work utilized standard gravimetric approaches on an initial suite of samples collected from Neves containing an average grade of 0.21% Li2O.

Brazil Minerals is very encouraged by the SLR Report and these latest results as the Company continues to systematically explore the potential of the original Neves area through a combination of geological mapping, surface trenching, and diamond drilling. The two pegmatite bodies that have been drill tested so far remain open at depth and in both directions along strike. Company geologists have also identified six more outcropping pegmatite bodies in the area which remain untested by drilling. Moreover, the three recently acquired mineral rights surrounding the original Neves area offer additional potential which has yet to be explored. The Company estimates that less than 5% of Neves has been drilled to date; the drilling program should soon be accelerated with the addition of a second drill rig.

The SLR Report brings the necessary background and credibility to Brazil Minerals' lithium program. It also contributes greatly towards the Company's goal of uplisting its common stock to the Nasdaq Capital Market. As commonly seen with exploration companies, Brazil Minerals anticipates forthcoming updates to the SLR Report as drilling continues at Neves, and as it commences exploring its broader portfolio of lithium mineral properties in the region.

Marc Fogassa, CEO of the Company, added, "We have surpassed our expectation on the validation of our lithium project by a world-renowned and independent expert firm. Using very little capital, it has now been demonstrated that we have quality spodumene and that it can be concentrated to a commercial lithium product. It is an exciting time for us, and we look forward to continued progress on the field and in other fronts." 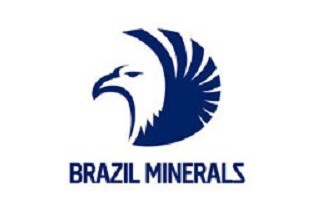 Brazil Minerals, Inc. (OTCQB: BMIX) is primarily a lithium company with projects in other battery and critical metals such as nickel, rare earths, graphite, and titanium. In addition, Brazil Minerals owns equity stakes in both Apollo Resources Corporation, a private company developing its first iron mine, and

Jupiter Gold Corporation, a publicly-traded company developing a quartzite mine and advancing two gold projects. Follow us on Twitter:

Safe Harbor Statement
This press release contains forward-looking statements made under the "safe harbor" provisions of the U.S. Private Securities Litigation Reform Act of 1995. Forward looking statements are based upon the current plans, estimates and projections of Brazil Minerals, Inc.'s management and are subject to inherent risks and uncertainties, which could cause actual results to differ from the forward- looking statements. Such statements include, among others, those concerning market and industry segment growth and demand and acceptance of new and existing products; any projections of production, reserves, sales, earnings, revenue, margins or other financial items; any statements of the plans, strategies and objectives of management for future operations; any statements regarding future economic conditions or performance; uncertainties related to conducting business in Brazil, as well as all assumptions, expectations, predictions, intentions or beliefs about future events. Therefore, you should not place undue reliance on these forward-looking statements. The following factors, among others, could cause actual results to differ from those set forth in the forward-looking statements: results from ongoing geotechnical analysis of the projects operated by the Company and its subsidiaries; business conditions in Brazil; general economic conditions, geopolitical events and regulatory changes; availability of capital; Brazil Minerals, Inc.'s ability to maintain its competitive position; and dependence on key management.

We advise U.S. investors that Brazil Minerals' (and its subsidiaries') properties and projects, as of now, are exploratory and do not have measured "reserves" as such term is defined by the Securities and Exchange Commission ("SEC"). Additional risks related to the Company and its subsidiaries are more fully discussed in the section entitled "Risk Factors" in the Company's Annual Report on Form 10-K/A for the year ended December 31, 2021, filed with the SEC on March 29, 2022, as well as discussions of potential risks, uncertainties, and other important factors in the Company's other filings with the SEC, all of which are available at

Li-FT to Acquire the Yellowknife Lithium Project, a Portfolio of 14 Significant Spodumene Pegmatites