LONDON, UK - Media OutReach - 25 October 2022 - De Beers is proud to announce Lupita Nyong’o as its first Global Ambassador. The Academy Award-winning actor stars in the new brand campaign, De Beers: Where It Begins, which tells the story of the only global luxury brand that starts at the source. As a core element of the partnership Nyong’o will support De Beers’ Building Forever commitment, which aims to advance women and girls where its diamonds are discovered.


Renowned Australian photographer and director Lachlan Bailey follows Nyong’o from the discovery of a rough diamond to its magical transformation into magnificent jewellery. The campaign celebrates De Beers’ unique passion for sourcing the rarest treasures of nature and revealing their exceptional beauty through remarkable craftsmanship. As Nyong’o embarks on her journey, she discovers the power that only a De Beers natural diamond jewellery creation holds: turning the ordinary into the extraordinary, a moment into forever and herself into a magnetic woman with limitless potential.


As a powerful woman who cares deeply about the world around her, Nyong’o is the ultimate representative of De Beers’ Building Forever commitment to people and the planet. As a brand that is part-owned by the citizens of Botswana, Namibia and South Africa, De Beers thinks differently about what value is and how it is created.

To this end, through its Building Forever approach, alongside this campaign, De Beers will continue to pursue its goals of engaging 10,000 girls in STEM, supporting 10,000 women entrepreneurs and investing at least $10 million across southern Africa to achieve these goals by 2030.

“I’m honored to be the first Global Ambassador for De Beers. This campaign brings to life the transformative power that I feel when I wear De Beers’ diamond creations, and the pride in knowing where they come from and the good they do. Even more importantly, my partnership with De Beers allows me to extend my advocacy for women and girls around the world” says Lupita Nyong’o.

“With her rare magnetism and elegance, Lupita Nyong’o is a testament to the power of boundless possibilities. Embodying modern and responsible luxury, Lupita is an inspiration for all of us. De Beers is proud that Lupita has joined our Building Forever commitment to people and the planet and we stand with her as she embarks on an exciting chapter in her career,” says Marc Jacheet, De Beers CEO Brands.

The De Beers: Where It Begins campaign launches globally with integrated media activations across multiple touchpoints on November 3rd.

ABOUT LUPITA NYONG’O
De Beers’ new Global Ambassador epitomizes a life of boundless potential. Just five years after her acting debut, Nyong’o became the first Kenyan and Mexican to win an Academy Award for Best Supporting Actress. With starring roles in 12 Years A Slave, Star Wars, Us, Black Panther and Wakanda Forever, and an Emmy-winning role as the narrator of her children’s book, Sulwe, the actor, producer and New York Times bestselling author is acclaimed by critics and audiences alike. In 2020, Forbes named her one of Africa’s 50 Most Powerful Women. 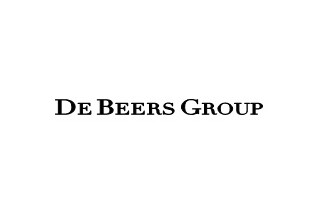 ABOUT DE BEERS
Established in 1888, De Beers is the only global diamond luxury brand that starts at source. Blending unparalleled expertise in the discovery and selection of diamonds with unique creativity and craftsmanship, the brand transforms nature's rarest treasures into distinctive jewellery designs, and is present in the most exclusive locations around the world.

De Beers is committed to ensuring each diamond it discovers creates a lasting positive impact for the people and the place where it is found. This comes with a pledge to build a better future – one that is fairer, safer, cleaner and healthier, in which communities thrive, ethical practices are maintained, and the natural environment is protected. This long-term commitment is called Building Forever. Discover more at 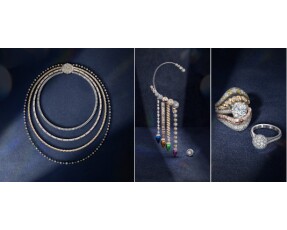 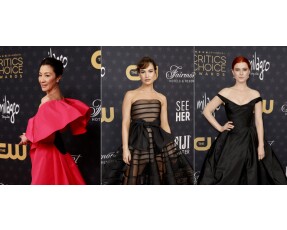