Khairudin Gustam, Chief Executive Officer of PIFM said: "As Covid-19 cases across Indonesia have surged past the one million mark and the contagiousness of the disease continues to severely disrupt the economy, the need for mass market testing becomes apparent. The economy needs to find a way to function, but given the size and population of Indonesia, reliance on PCR testing is not enough. Additional testing methods for Covid-19 are needed and we believe the Project Gumnuts technology is a key solution to help the country and the economy get back on their feet."

Indonesia is a country of over 270 million people spread across several thousand islands. It is currently recording the highest number of cases, rates of positivity and fatality rates in Southeast Asia.

Phase 1 testing for Project Gumnuts has been concluded recently, achieving preliminary values of 91% sensitivity and 85% specificity. Further optimisation studies are currently being conducted in Spain and Indonesia to meet the World Health Organisations' (WHO) standards.

"We are proud to be involved with Achiko's development and look forward to the availability of Gumnuts for Indonesians, as most low cost rapid tests are too expensive for daily testing. The price point and convenience that Gumnuts can offer will enable tens of millions of people the ability to test almost daily. This will be a powerful tool in stopping the spread and beating Covid-19 and other pathogens," said the Mayor of Pekanbaru in Indonesia, Dr. H. Firdaus S.T., M.T.

Achiko holds 50% of the PT Achiko Medika Indonesia joint venture registered today. PIFM and Achiko will jointly manufacture and assemble Project Gumnuts test kits for the Indonesian market, with PIFM tasked with the distribution and marketing, and Achiko earning a 10% licensing fee from gross sales. As new tests are developed, they will be similarly assembled and sold in the country.

Part of the joint venture is a contract with PT Mitra Asa Pratama ("Mitra") and a memorandum of understanding with PT Pharos Indonesia ("Pharos"), along with several other companies, which are all subject to regulatory approval. Mitra is a leading distributor of medical and diagnostic devices in Indonesia, with vast network reach into government, healthcare institutions and retail markets, and will help with further distribution and marketing. Pharos is one of Indonesia's largest pharmaceutical conglomerates with reach into two of the biggest pharmacy groups in the country, developing and marketing innovative products in Indonesia and other countries in Southeast Asia, with manufacturing facilities in Indonesia, Singapore and Vietnam.

They will be responsible for assembly, distribution and marketing. The Company has also started to engage in several other commercial arrangements in Indonesia.

"We are excited to be part of the fight against Covid-19 and all its successors and look forward to working with Achiko and PIFM to get this platform to market in the first half of 2021 as soon as the approval from the Ministry of Health is secured," said Ida Nurtika, Director of Corporate Communication at PT Pharos Indonesia.

"The need for an effective and efficient diagnostic tool is increasing dramatically. We are proud to be able to use our expertise in healthcare distribution to help Achiko's team deliver on this very important initiative, to collectively help the people of Indonesia manage this pandemic," said Mitra's Chief Executive Officer, Victory Theodorus.

"This joint venture is a major milestone for Achiko and a precursor to an imminent filing for product registrations and approvals in Indonesia," said Steven Goh, Chief Executive Officer of Achiko. "Through PT Achiko Medika Indonesia, we have some of the best possible partners we can have to make a testing platform based on Projects Gumnuts, first with version 1.5 of our product and then many more to come. With comprehensive low-cost rapid and near universal testing, we can help Indonesia beat the Covid-19 pandemic."

Next steps see the completion of regulatory approvals, getting the technology into test kits and moving them into the market as soon as practicable.

We harness ground-breaking science with innovative technology to create solutions that provide a great user experience for patients, physicians and governing bodies alike, leading ultimately to the transformation of the healthcare industry.

The current development of our patent pending diagnostic testing for Covid-19 (Project Gumnuts) provides an easy and effective way that enables people to obtain the information they need and require. Complemented by our mobile check-in app (Teman Sehat), we empower users to manage their diagnostic experiences on their own terms, safeguard their privacy, share experiences, obtain passport verification and find community.

Achiko holds exclusive commercialisation rights to the technology underlying Project Gumnuts from Regenacellx.sl. It may be used to detect all types of Covid-19, but also many other pathogens. Achiko is looking forward to the completion of regulatory approval and getting the technology to market as quickly as possible, applying it in an array of test kits and other assay formats.

Headquartered in Zurich, we have offices in Hong Kong, Jakarta, Singapore and Seoul.

PT Indonesia Farma Medis ("PIFM") is a medical device and pharmaceutical distribution company with a large network of relationships and distribution channels that includes hospitals, pharmacies and clinics across the main islands of Indonesia.

About PT Mitra Asa Pratama
Mitra Asa Pratama collaborates with various international medical device brands to bring innovations to market and has been improving the overall healthcare technology in Indonesia for more than 20 years. With an extensive distribution network built by working closely with our sub-distributor partners, we cover hospitals, clinics, public health centers and offices, medical professionals, as well as the retail market.

It has been a long-standing part of our strategic vision to be able to build a vertically integrated company, where every business unit shares the same dedication to customer service. We firmly believe that service levels must always exceed expectations so that our clients, the medical professionals, can concentrate on the very important business of caring for patients.

On June 30, 1990 Pharos became the first Indonesian company to receive a certification of the local version of GMP (CPOB), confirming Pharos' 'no compromises' manufacturing standards.

Currently, Pharos and its subsidiaries employ more than 5,000 talents across Indonesia. 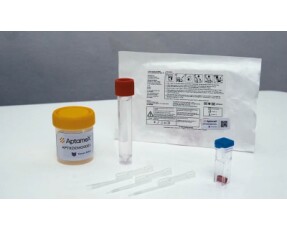