SINGAPORE - Media OutReach - 14 April 2021 - Webster University, United States and PSB Academy, one of Singapore's leading private education institutions have signed a memorandum of understanding to explore opportunities to collaborate. As part of their memorandum of understanding signed yesterday evening, Webster University and PSB Academy intend to develop and deliver undergraduate and postgraduate programmes in Singapore subject to approval by the relevant regulatory agencies.

Webster University has more than a 100 year history with international education, starting with hosting international students from Europe within a few years of its opening and later establishing one of the first international faculty exchange programmes in the United States. Today, Webster has locations in Austria, The Netherlands, China, Switzerland, Thailand, Ghana, Greece, Uzbekistan and Kazakhstan, as well as exchange agreements with more than two dozen other institutions around the world. Singapore as a new location will offer students and faculty numerous opportunities to learn in one of the most multicultural nations in the world.

"This is an exciting opportunity for Webster University that will offer new opportunities for research and study abroad for students, faculty and staff in a country that has long been seen as the gateway between Eastern and Western economies for nearly a century," said Webster University President Julian Z. Schuster. "Singapore is strategically positioned in the heart of Asia and is internationally recognised as the epicentre of business in the region outside of Hong Kong, making it a perfect location to study business and technology with a strong emphasis on the international arena."

"Singapore is considered one of the most culturally diverse nations in Asia and multiculturalism is protected in its constitution, which will further augment Webster's reputation as an institution that offers a broad perspective on international issues," said Ryan Guffey, director of Webster Thailand. "The country's reputation for international investment and trade means that there will be many diverse global internship opportunities available to Webster students in Singapore and throughout the region."

Established in 1964, PSB Academy focuses on what really matters: performance in the New Economy. The Academy is recognised as a leading private education institution in Singapore, which provides quality education to shape and nurture future-ready graduates with the necessary skills and tools to stay relevant in a digitally-driven economy. Today, the Academy hosts over 12,000 students from 50 nationalities with its slate of certificate, diploma, degree, and short courses. It also has a strong network of industry partners to prepare its students for the workforce.

"At PSB Academy, we are committed to offering our student community transnational education opportunities, and thus are excited to work with Webster University, who share the same values of delivering quality education in the rapidly expanding region. We hope that our students with Webster University will be able to reap the benefits of both Western and Asian perspectives in their education, including student exchange opportunities at the University's other locations, and become well-rounded professionals in the global workforce," said PSB Academy CEO Derrick Chang.

Singapore is a city-state with a population of approximately six million people. While geographically small, it has an impressive impact on the world economy. Listed as one of the most modern countries in the world, it boasts the second-highest gross domestic product per population in the world. The country is also considered a major influencer in trade in the region, in part due to its location. Located just south of Malaysia and near Indonesia, it is bordered by the South China Sea and within easy travel distance of Southeast Asia, China, India and Australia.

English is the most prominent language spoken, followed by Mandarin, Malay and Tamil. With a parliamentarian republic, Singapore reports some of the world's longest life expectancies, fastest internet connection speeds and lowest infant mortality rates in the world. Its education system is also ranked by numerous international organisations as the best in all of Asia. 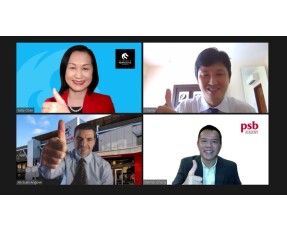 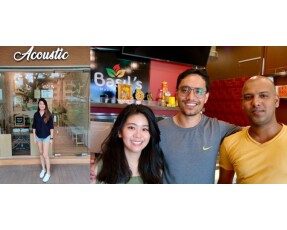