SINGAPORE - Media OutReach - 21 November 2019 - Influential Brands®, a think-tank research and business platform which identifies, engages and recognises "The Champions of Excellence" throughout Asia, has named and recognised the leadership and foresight of six prominent executives from Asia, at the 7th edition of 2019 Asia CEO Summit & Award Ceremony held at the Chatrium Riverside Hotel.
Under the category of "2019 ASIA'S TOP CEO", Mr. Tony Fernandes, CEO of AirAsia Group and Mr. Tan Wang Cheow, Founder and Executive Chairman of Food Empire were awarded with the highest accolade of the night. Mr. Suriyon Sriorathaikul, Managing Director of Beauty Gems Group and Ms. Pavarisa Chumvigrant, CMO of Finn Mobile were recognised as "Thailand's Outstanding Leaders". The two prominent women who bagged the title of "Thailand's Influential Woman of the Year" were Ms. Nualphan Lamsam CEO of Muang Thai Insurance and Mrs. Apaporn Kosolkul, Media Influencer of Thai Rath.
In its 7th edition, the 2019 Asia CEO Summit & Award Ceremony was organised in collaboration with Influential Brands' Thailand partner, NEO Target, and held at the Chatrium Riverside Hotel. The event saw some 300 prominent C-suite executives from over 100 leading companies across the region including Singapore, Indonesia, Malaysia, Thailand, China, Vietnam, Philippines attending the event.  Mr Chuan Leekpai, President of the National Assembly of Thailand and Former Prime Minister was the Guest-of-Honour at the ceremony. 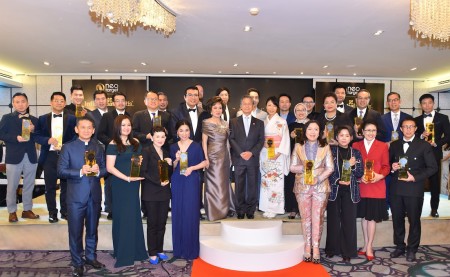 Under the category of "2019 ASIA'S TOP EMPLOYERS", 18 companies from Asia were awarded primarily based on employees' anonymous feedback. The Winners are: AirAsia, Angliss Celebrity Fitness, Circles.Life, Decathlon, Food Republic, Happy Fresh, Katrina Holdings, MindChamps, PAP Community Foundation, Pernod Ricard, Raffles Hotel, S&P, Swarovski, Techno-Sell, ThaiBev, Union Bank and Orchard Hotel Singapore.
Under the category of "2019 ASIA'S TOP INFLUENTIAL BRANDS", 43 companies from Asia were awarded primarily based on consumer insights and surveys covering five countries and more than 5000 respondents. The winners are: Acer, Adidas, Auntie Anne's, Aox, Bangkok Bank, Beijing Tong Ren Tang, Café Amazon, Central Department Store, Central Food Hall, Chow Tai Fook, Family Mart, Grab, Haagen Dazs, Harry's, IG, Irvins, Jobthai.com, Julie's, Krispy Kreme, Lazada, Lynn, Major Cineplex, Makro, MindChamps, Mister Donut, NTUC FairPrice, OPPO, Pet Lovers Centre, Pokka, Q&M, Rajdhevee Clinic, Redmart, Telkomsel, The Mall, Tops Market, Siam Center, Shiseido, Sunway Pyramid, SongHe, S&P, Taokaenoi, The Mall, S&P, Watsons. Besides, 9 fast-growing companies were awarded as "2019 ASIA'S TOP INFLUENTIAL BRANDS": AIS, Government Savings Bank, Gunkul Engineering, Munag Thai Life Assurance, S31 Hotel, Siam Kubota, SouthEast Life Insurance, Thanatkorn International, TKK Corporation and Juewei.
Mr Jorge Rodriguez, Managing Director of Influential Brands® said, "The C-Suite Executives that have been awarded as Top CEOs, Influential Women and Outstanding Leaders are highly respected in their respective industries and we are proud to recognise their leadership and influence.  It has been also our honour to recognise Top Influential Brands that have been able to delight consumers gaining their trust and loyalty. Finally, the accolade of Top Employer is a true testament of their best-in-class HR Practices and a great culture making them the best employers to work for."
Mrs. Vannee Leelavechbutr, Founder & Chief Executive Officer of Neo Target Co., Ltd (Influential Brands' Thai Partner) said, "The 2019 Award Ceremony is more than just an event for celebration. Through the joint expertise of Influential Brands and Neo Target, we really hope that the platform will be one of the most important platforms for business prosperity and sustainability in the years to come."
Mr Tony Fernandes, CEO of AirAsia Group said, "I am thrilled to be recognised as Asia's Top CEO by Influential Brands. I'd like to share this honour with our Allstars who have made AirAsia what it is today. Most companies don't realise that their biggest asset is often people, that they're only ever as good as those they employ. This is why for 18 years, I've been focused on doing my best for them, turning raw diamonds into diamonds, and I am proud to say that even with 24,000 staff, we're generally a happy company."
Mr Tan Wang Cheow, Founder and Executive Chairman of Food Empire Holdings Limited said "I am truly honoured and blessed to have been selected as Asia's Top CEO (Chairman) for the Year. I would like to credit this to the hard work and dedication of my colleagues, CEO and management team, Business Heads, business partners and friends for making all these possible. Without their unwavering support all these years, through both the good and the bad times, Food Empire would not have achieved what it has today."
Mr Seah Kian Peng, Group CEO of Fairprice Group said, "Being recognised as a Top Influential Brand for five consecutive years is an honour and testament of the trust consumers have accorded us. This prestigious accolade spurs us on in our ongoing pursuit of service excellence as we continue to galvanise the industry to forge new standards and collectively strive to make lives better for the communities that we serve."
Mr Kent Wong, Managing Director of Chow Tai Fook Jewellery said, "We are delighted to have won the Asia's Top Influential Brands -- Most Trustworthy Brand Premium Jewellery Award for the fourth consecutive year in a row. It is a wonderful testimony to the efforts we put into making Chow Tai Fook the best jewellery brand in the region. We will continue our efforts in enhancing retail experience to breakthrough customers' inherent expectations on jewellery brands, products and services."
Mr David Prosser, Managing Director of Celebrity Fitness said, "We are really proud to receive the Top Employer award as recognition for our commitment to staff training and career path development.  Our common way of working, our values and leadership philosophy are building a deeper trust with our members and supporting more and more Indonesians in their pursuit of living a healthier lifestyle."
Mr Guillem Segarra, CEO of HappyFresh Malaysia, which was named as one of Asia's Top Employers exemplified a company leader who noted the importance of fostering a supportive workplace as he remarked, "Great ideas can come from anyone in the organisation, so we hire smart people and give them the environment they need to innovate. Those are the core of how we build a great organisation."
The issuer is solely responsible for the content of this announcement.

Influential Brands® is a think-tank research and business platform which identifies, engages and recognises "The Champions of Excellence" throughout Asia.  The Influential Brands family of brands comprises of global and regional brands from more than 15 countries worldwide.

Influential Brands® strives towards "Champion of Excellence". Deeply embedded in our beliefs, is the need to foster a culture that honours the exemplary practices of leading brands in Asia, as well as their commitment to distinction.  We delight in rejoicing with organisations over their successful business and brand efforts that have added values and left significant marks in the many walks of life. Through this, we hope to contribute to the knowledge pool of best practices so that companies can produce quality and meaningful brands that influence and impact our environment, living standard, lifestyles and future. 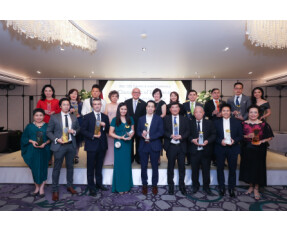 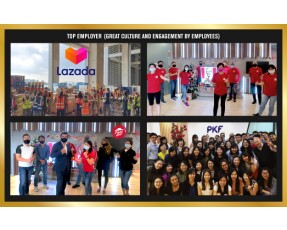