Modex BCDB enables enterprises to get up and running with blockchain projects in days instead of months, and at a price point that small and mid-level enterprises can afford

LONDON, UK - Media OutReach - 23 September 2019 - Modex, the blockchain enablement platform, announces the launch of their enterprise platform for simplified blockchain deployment. The Modex Blockchain Database platform (Modex BCDB) can enable enterprises to deploy their first blockchain project in days instead of months. In addition to the platform launch, Modex is also announcing that among their pilot enterprise customers is Dietsmann, the global leader in energy maintenance and operations.

While blockchain can solve a number of complicated issues related to security, auditability, and more, long development timelines and large consulting fees have remained major barriers to blockchain adoption. By simplifying the way enterprises can deploy blockchain technology, Modex BCDB enables enterprises to get up and running with blockchain projects in days instead of months, and at a price point that small and mid-level enterprises can afford.

"With the launch of Modex BCDB, we're excited to usher in a new era of enterprise blockchain adoption," said Mihai Ivascu, CEO and founder of Modex. "We've developed Modex BCDB specifically with enterprise needs in mind in order to counteract the high barriers to adoption that have typically kept businesses on the sidelines. Our platform and customers prove that it is possible to leverage the benefits of a blockchain database without long development timelines or high implementation and consulting costs."

Modex BCDB ensures data integrity, auditability, and security, all while integrating with an enterprise's existing databases. Modex BCDB is deployed to work between your application and your existing databases, enabling data to be written to both the BCDB, as well as your existing database while allowing programmers to work within the systems they are already using. This patented process enables greater security without sacrificing usability or engendering the need for additional training. BCDB also enables enterprises to easily permission data based on employee needs or regulatory compliance, like GDPR or HIPAA.

"Over the last 40 years we have managed to gain the trust of the biggest actors in our industries, oil and gas, nuclear and mining, operating all around the world in high risk conditions, delivering the best maintenance solutions. Trust is the new currency today, and we're happy to build that further by better processing the data and delivering better results for our clients, teams and environment. Blockchain is one of the cutting edge technologies that will significantly benefit Dietsmann's Data Lab and help us not just secure our sensitive information but also open new ways of collaborating with our main clients and suppliers," said Peter Kutemann, President and Founder of Dietsmann. "Modex Blockchain Database infrastructure allows Dietsmann to be up and running on a private blockchain infrastructure at low cost in a matter of days, with high efficiency and minimal effort from our technical team."

Modex BCDB has been deployed to customers across the financial, retail, transportation, healthcare, public administration, and energy sectors.

Key features of the Modex BCDB platform include:

Learn more and get started risk free at https://modex.tech.

The issuer is solely responsible for the content of this announcement.
About Modex

Founded in 2017 by Mihai Ivascu, Modex began as a platform for developers to help them build DApps without learning blockchain-specific code. Upon realizing the challenges of blockchain extended beyond development into deployment itself, the company sought a way to bring blockchain to businesses. Modex has offices in London, Gibraltar, Bucharest, and a newly opened Silicon Valley location, where the team will focus on business development. The company employs over 60 developers, business architects, and designers. 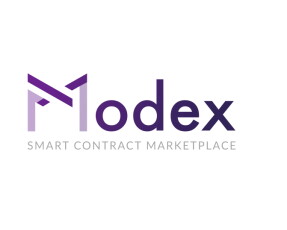