Emotet is identified as one of the key emerging cyber threats in Singapore; its activities were detected in the networks of 1 out of 2 organisations

This provides organisations with highly contextualised and actionable information to preempt and defend against emerging threats.

The Ensign Cyber Threat Detection & Analytics engine was unveiled in conjunction with the official opening of Ensign's global headquarters and its new Security Operations Centre. Senior Minister and Coordinating Minister for National Security, Mr Teo Chee Hean, was the Guest-of-Honour of the event.

"The amalgamation of global and local threat intelligence enables Ensign to provide unique cyber threat insights that fuel effective and holistic cybersecurity strategies. This allows us to identify emerging threats and key vulnerabilities, and proactively implement a multidimensional cyber defence plan, hours or even days, before an attack," Dr Lim elaborated.

One of the engine's key capabilities is real-time behavioural profiling of network data. This function allows Ensign to stay ahead of threat actors' fast evolving TTPs by examining anomalies in an organisation's network, such as malicious behaviours or patterns associated with different types of cyber threats.

This empowers critical information infrastructure providers, government institutions and enterprises with actionable, sector-specific information, giving them the ability to identify, detect and protect against emerging threats, such as Emotet, with higher confidence and greater accuracy.

Emotet is one of the key cyber threats that Ensign has identified through its Cyber Threat Detection & Analytics engine.

First detected by cybersecurity researchers in 2014, Emotet was created as a Trojan virus to steal financial data for illicit monetary gain. Today, Emotet is becoming a significant threat as cyber threat actors have modified the malware to download and deliver other malicious variants.

Between 1 January 2019 to 31 June 2019, Ensign found that Emotet activities in Singapore have increased by more than 300% compared to the same period last year. It has also detected activities from this malware in 50% of local organisations' network.

Traditionally used to target the financial services sector, Emotet has been modified to target other industries.

In Singapore, Ensign uncovered that the top five sectors with the highest regularity of observed Emotet activities in the first half of 2019 were:

"Due to its modular and polymorphic composition, Emotet is almost invisible to conventional signature-based cybersecurity solutions, explain Dr Lim.

"By tapping on advanced analytics and deep learning to tackle sophisticated threats, cybersecurity teams will not only be able to detect and respond to an attack in a timely and effective manner, but also analyse and decipher valuable intelligence that can be used to devise preemptive measures to stop future attacks," concluded Dr Lim. 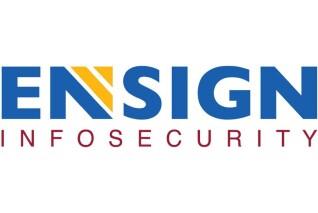 Ensign InfoSecurity is one of the largest pure-play cybersecurity companies in Asia with an extensive footprint within the region. The company is headquartered in Singapore and has offices in Malaysia and Hong Kong. It has a workforce of around 500 certified security professionals with skills in the provision of comprehensive cyber security services. Its core competencies include security architecture design, validation and management of advanced security solutions, as well as advanced threat hunting, red teaming and incident response services. 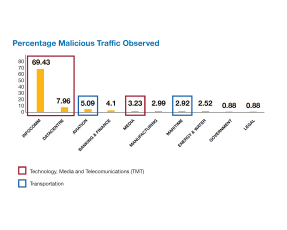 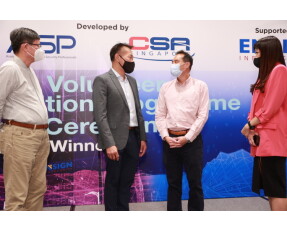