SINGAPORE--10 January 2013--MediaOutreach--Singapore fengshui gallery chain Lotus On Water is once again organizing its Prosperity Fengshui Convention in 2013 after the highly successful 2012 event. The much anticipated event, themed "Harnessing the Power of the Water Snake", will be held from Saturday, 26th January to Sunday, 27th January, 2013 at the Marina Bay Sands. 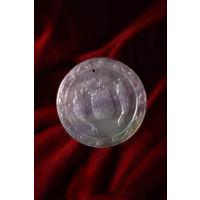 The Ruyi Wanglai (如意旺来) jadeite piece combines fish, a symbol of abundance, and the pineapple, which attracts prosperity. The fish is modelled on Karashigo, a prize-winning gold koi owned by Master Yun Long Zi,  Founder of Lotus On Water, making the Ruyi Wanglai doubly lucky.

"We do not only want to make our clients wealthier," said Lotus On Water founder Master Yun Long Zi. "We also want to make them better." At the Prosperity Fengshui Convention, Master Yun will provide tips on how to attain more wealth next year. He will share:

Other topics will include the nine fundamentals of fengshui, the history and culture surrounding common objects associated with luck, and advice on how to gain abundance for the water snake year.

At the 2012 convention, Master Yun made a number of predictions which are considered accurate to date:

*          Singapore will do well despite forecasts to the contrary.

*          There will be a drastic price rise for condominiums in Singapore.

The evening convention, with an English session on the 26th of January and a Mandarin session on the 27th, is ideal for business owners and professionals in Singapore and neighbouring countries who are interested in networking, learning more about fengshui, and furthering their financial investments.

Tickets for the Prosperity Fengshui Convention 2013 are priced at S$388 and will be available at the SISTIC website from 30 November 2012. Group bookings are also available. For more information, visit www.2013wealth.com.

About Lotus On Water Lotus On Water prides itself on authentic, masterfully designed and handcrafted premium jadeite, sandalwood, and agarwood pieces that inspire wellness and reflect a distinctive lifestyle. Master Yun Long Zi opened the first Lotus On Water Fengshui Gallery in 2006. In a year, Lotus on Water had expanded from just one to five staff, and won a Golden Brand Award from the Singapore Economic Development Board (EDB) and the Singapore Business Federation. In 2008, Lotus On Water won a Singapore Prestige Brand Award from the Association of Small and Medium Enterprises (ASME) and Singapore daily Lianhe Zaobao. A second gallery was established the same year. The Lotus On Water Jadeite Gallery was opened at the prestigious Marina Bay Sands integrated resort in 2010. There are now five Lotus On Water galleries across Singapore. For more information visit www.lotusonwater.com, or https://www.facebook.com/#!/lotusonwater About Master Yun Long Zi Master Yun Long Zi is the founder and residing Fengshui Master on Lotus On Water and a sixth generation fengshui master. He was apprenticed to his grandfather, the Grandmaster Tian Yi Ju Shi as a child growing up in Malaysia. After graduating from university, Master Yun became a primary school teacher. He only began to teach others about fengshui and their fortunes after he realised that friends were being duped by unscrupulous people pretending to be fengshui masters. Master Yun has helped more than 20,000 people to prosper directly while over 500,000 globally have benefited through his publications, consultations and advice. He stopped accepting consultations from new clients as of 30 October 2012. Prior to this, he went on consultation assignments all over the world, including in Holland, Vietnam, Malaysia, Thailand, Hong Kong and China.
SOURCE: 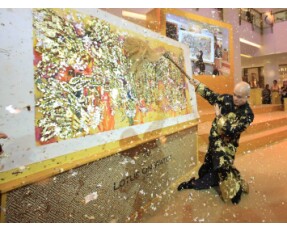 Lotus On Water Presents “Celebrating Wind and Water” in The Netherlands 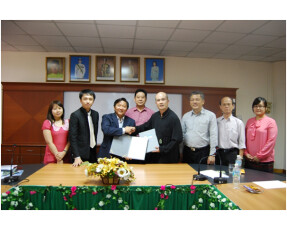