Who will you blame if you wake up one day without a job and with no money on your bank card? Yourself. That is if you don’t follow internet security tips. The global broker OctaFX outlines the main do’s and dont’s of staying safe online.

KUALA LUMPUR, MALAYSIA - Media OutReach - 12 August 2022 - With fraudsters gaining internet ground every year and their schemes becoming more sophisticated, it is not always easy to avoid getting hacked or scammed. However, the global broker OctaFX knows how to protect your sensitive information against theft. It will gladly share some of the most important internet security tips. But first, a little story.


Meet Amir. He is a regular user of online stores. Some time ago, Amir registered an account with one such store. When registering, he used his work email address and the password he used everywhere: Qwerty123. He made a purchase on the site using his bank card, which he then added to his account.

Two weeks later, Amir decided to check his banking app, anticipating a new round of online shopping in the evening. His salary had to be waiting for him in his account. To his astonishment, the money was not there. Amir was ready to start calling the finance department of his company in his righteous anger when he checked the history of his card transactions. His heart sank. There was a $500 purchase he never made. Someone purchased a smartphone on the site he had registered with two weeks ago. Moreover, the smartphone was already picked up from one of the branches of the store in his city.

Amir felt devastated, to say the least. But that was only the beginning of his misfortunes. Suddenly, his colleague came up to him and said, 'Amir, are you selling our customer database on the internet? It's your name there!' Amir only had time to mumble, 'It's not me,' before he saw his boss standing in front of him, ready, it seemed, to burn him with his stare. 'You're fired!' was the last thing Amir heard before losing consciousness and... waking up.

'Phew... It was just a dream,' Amir said to himself. 'But how could all this happen?'

Let's analyse Amir's case. The first thing he did wrong was registering anywhere with his work email address. While some of us may be hard-working to the point of mixing our life and work spaces, it is unprofessional and dangerous to use your work email for personal use.

The second mistake Amir made was his password. It was just too easy to crack, as it was one of the most common passwords in the world. Amir had to be much more creative when setting up a password, or use a password generator. And no, 'Amir123' wouldn't be any better. Something like 'B{6{2BP2vG' would be excellent.

Another mistake was that Amir used the same password everywhere. Even if you use a very complex password, someone might see it on a note on your table or on the 'saved passwords' page on the computer you used just once. If they use it, they might hack all your accounts at once.

The fourth mistake Amir made was adding his bank card to his account in the store. Hackers used it to their advantage and got a brand-new smartphone. The fact that it was the main bank card of Amir made it worse—it meant he had all his money on it.

We can assume that Amir made his final mistake when surfing the internet. He probably did it using an unsecured internet connection or just downloaded some malware, making it easier for hackers to get into his accounts. Alternatively, considering his very common password, it could be anyone who knew his email address, even the competitors of the company he worked in.

So, here are five security tips from OctaFX every internet user should take note of:


After learning about the tips above, Amir knew how to protect himself against fraudsters and hackers on the internet. Moreover, he helped his company implement important security measures and got a promotion.

Stay safe when surfing the internet and don't forget your new passwords! Next time, we'll explore the world of online scams and phishing and how to identify them.

OctaFX is a global broker providing online trading services worldwide since 2011. It offers everything one needs to reach their investment goals, providing top-notch conditions utilised already by clients from over 150 countries worldwide.

The company is involved in a comprehensive network of charity and humanitarian initiatives, including improvement of educational infrastructure, short-notice relief projects, supporting local communities and small to medium enterprises.

On a side note, OctaFX has also won more than 45 awards since its foundation, including the 2021 'Best Forex Broker Asia' award from Global Banking & Finance Review and 2021 'Best ECN Broker' award by World Finance. 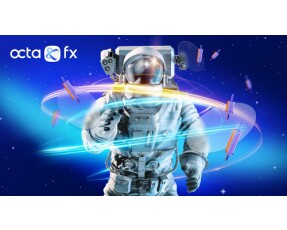 Uncertain times call for trustworthy companies: What about OctaFX? 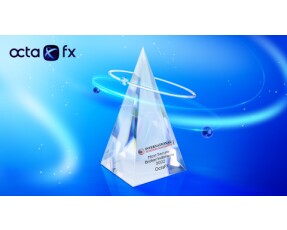