KUALA LUMPUR, MALAYSIA - Media OutReach - 1 June 2022 - It cannot be denied that ESPORTS is quickly taking a formidable position in the sporting industry. While there are up and rising athletes in the conventional arena, there are a larger number of folks who prefer casual mobile games.

Realising this, Sports Perfecta Technologies (SPT) Sdn Bhd launched FANTASY4ALL (F4A) – an online platform that allows this particular category of casual ESPORTS consumers to play for fun, but with a twist of competition.

F4A first hit the Asian region in Sri Lanka in April 2021, before being launched in Vietnam in April 2022 (https://esports.vn/). After respective soft launches, efforts are now centering upon promotional campaigns in both countries.

"F4A is the first online platform in the Asia Pacific region and is in line with efforts to bring ESPORTS to everyone. We envision this platform to be a stepping stone in the world of ESPORTS for all mobile users" said Hiroaki Watanabe, Director of Sports Perfecta Technologies.

The platform, Watanabe explained, allows players to compete against each other in their leisure time, or compete in daily, weekly and monthly contests.

In Sri Lanka and Vietnam, SPT works with partner telecommunication companies (telco) in each respective country. Subscribers of the telcos will be able to play any of the games on F4A. Players can opt between two gaming modes – head-to-head or tournament.

"The first option allows mobile users the opportunity to play against peers; that is a competition between two players. They will compete for rewards which can range between tangible prizes or data packets on their mobile subscription," Watanabe says. F4A will also host daily, weekly and monthly contests on its library of games.

To date, F4A hosts 10 games but new games will be uploaded to the platform regularly. Sports Perfecta is looking to collaborate with game developers and publishers to grow F4A into a hub of attractive games catering to a wide audience spectrum.

"Development and growth is vital in this industry but while we move forward it could also be interesting to tap into the legacy of games that we have been exposed to in the past. Some can be revitalised and monetised further by our platform and game developers can earn a revenue share of what is integrated onto F4A.

Explaining how the platform works, Hassanal said players compete with each other after placing an entry fee using the platform points. The players will then compete to achieve the winning conditions that are set by the games developer via Sports Perfecta's proprietary F4A Software Development Kit. Besides attracting game developers, SPT hopes to collaborate with sectors that have a large user or subscriber base like telcos.

"Of course there are expansion plans in the pipeline for F4A and we hope to grow to reach users in other SEA countries and Australia in the coming future," Watanabe said. To this end, SPT looks forward to further engagement with game developers or platform providers in South East Asian and Asia Oceania countries.

Sports Perfecta was first established as a Fantasy Sports provider for multiple sports under its brand, FanXT in 2016. It now aims to be listed on the Australian Stock Exchange (ASX) later in 2023 and positions itself to becoming one of the biggest players in esports through the launch of F4A. 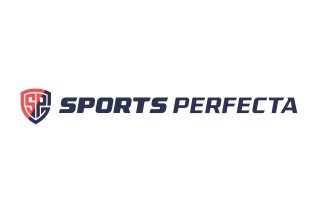 About Sports Perfecta
Sports Perfecta Technologies Sdn Bhd is an award-winning global mobile and web application provider for over 10 years, where we developed over 100 mobile apps and contents on various platforms. SPT is currently focussed on bringing esports to the masses, with our proprietary F4A platform and esports leagues for schools.