TAIPEI, TAIWAN - Media OutReach - 9 December 2020 - The AOC Masters Tournament - VALORANT, AOC has entered its final stage and has drawn teams across Asia, with entrants from Hong Kong, Indonesia, Malaysia, Philippines, Singapore, Taiwan, and Thailand, pitting their skills against each other for the right to be called the grand champion.

To battle to success in this competitive tournament, gamers will need to exploit every advantage to beat the competition, and fast, lag-free models from AOC's G2 and Agon monitor lines designed to enhance gaming experience and performance, and give players a competitive edge.

The Grand Finals will be from December 11 to 13, 2020, and will be broadcasted on the following channels.

Squads wasted no time in signing up for Riot Games' hottest entrant in the world of esports, VALORANT. VALORANT's slick design as a deeply tactical FPS has led to its meteoric rise on Twitch. AOC gaming monitors, designed for battle, provide a perfect, fully immersive viewing experience and competitive functions designed to help you win with high-end specs. AOC provides a full line-up of monitors from which customers can choose.

By hosting the online tournament, AOC, the world's leading gaming monitor provider, is repaying its customers' devotion by delivering a legendary tournament where play, watch and win is the name of the game garnering viewers in the spirit of a unified global gaming community.

AOC called on prospective VALORANT players and their teams from across the region last September and October to be part of the action in the qualifying rounds. November saw the action shift into the exciting group phases where even underdogs pulled the rug from heavily-favored squads with teams who communicated well thrived despite budget battle loadouts. 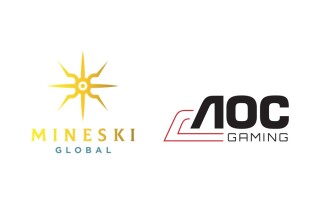 Mineski Global is the pioneer esports company of Southeast Asia that has a track record of holding esports tournaments in the Philippines, Indonesia, Thailand, and the rest of the world thanks to broad and extensive experience in all aspects of esports and gaming since 2004. Mineski Global aims to unify gamers into the largest sports community through content, events, and other engagement platforms.

Sold in over 107 countries, AOC is a market leader in electronic displays and is positioned to be one of the top global brands in providing the best display technology to users worldwide. With nearly 50 years of experience in market analysis and consumer feedback, AOC is dedicated to designing products that address rising technological trends, as well as the diverse and changing needs of different consumers. Our commitment is emphasized through AOC's slogan: 'Vision at Heart.' -- at AOC, we've kept the hearts of our users in our vision, and we've kept their vision in our heart. Find out more about AOC at:

Agon comes from the classical Greek word meaning contest. Designed especially for gamers, the premium line of AOC Agon monitors embodies the spirit of competition. With stunning visual displays, cutting-edge features and advanced gaming technology, Agon gaming monitors are designed by the professionals for the smoothest and fastest gaming experience. Backed by some of the best eSports gaming teams and used in global eSports competitions, Agon gaming monitors offer a serious competitive edge. Whether you're dominating the league or an aspiring home gamer, AOC gaming monitors will take you to the next level.

VALORANT is a competitive 5v5 character-based tactical shooter for the PC developed by Riot Games. VALORANT is a precise and lethal multiplayer game with high-fidelity gunplay, a diverse arsenal of guns, agents with unique abilities, and competitively tuned maps for thousands of hours of play.

VALORANT is a free-to-play game and optimized to perform on a wide variety of PC hardware, allowing for a global audience to compete. Demonstrated by the game's best-in-class game server quality, global infrastructure, and proprietary anti-cheat technology, Riot Games is committed to preserving the core tenets of the tactical shooter genre and upholding the competitive integrity of the gameplay experience.

VALORANT quickly established itself as a fan-favorite among the global first-person shooter community after launching its closed beta in April 2020. The game made history on its first day, breaking viewership records with 34 million hours-watched in a single day, and surpassing 1.7 million peak concurrent viewers, a peak concurrent record second only to Riot Games' 2019 League of Legends World Championship Finals. Over the course of VALORANT's two-month beta testing period, an average of nearly 3 million players logged on each day to play. Fans also demonstrated their enthusiasm for the shooter by watching more than 470 million hours of VALORANT closed beta streams on Twitch, the world's leading service and community for multiplayer entertainment, and Korean video-streaming service AfreecaTV.

Riot Games was founded in 2006 to develop, publish, and support the most player-focused games in the world. In 2009, Riot released its debut title, League of Legends, to worldwide acclaim. League has gone on to be the most-played PC game in the world and a key driver of the explosive growth of esports.

As League enters its second decade, Riot continues to evolve the game while delivering new experiences to players with VALORANT, Legends of Runeterra, Teamfight Tactics, League of Legends: Wild Rift, and multiple work-in-progress titles, while exploring the world of Runeterra through multimedia projects across music, comic books, TV, and more. Founded by Brandon Beck and Marc Merrill, Riot is headquartered in Los Angeles, California, and has 2,500+ Rioters in 20+ offices worldwide.