MACAU SAR - Media OutReach - 11 May 2022 - Melco Resorts & Entertainment is proud to organize an extraordinary gastronomic series featuring exciting crossover collaborations between Melco's signature restaurants across City of Dreams, Studio City and Altira Macau and the 2022 Black Pearl diamond restaurants. Epicures can expect a total of 10 four-hands dinners which cover a wide variety of cuisines starting in June and running throughout 2023. The first four dinners will take place in Melco's signature Chinese restaurants within this year.

The second four-hands dinner, scheduled to take place on July 22-23, will bring together an exclusive menu crafted by Executive Chef Otto Wong from Michelin one star Pearl Dragon at Studio City and Executive Sous Chef Calvin Yu from Black Pearl one diamond Xizhou Hall at Park Hyatt Suzhou. Coming up next will be Yí at City of Dreams' iconic Morpheus hotel and Xu Jia Cai located in Chengdu, Sichuan – both of them being Black Pearl one diamond restaurants – in which Yí's Chef de Cuisine Angelo Wong will be joining force with Executive Chef Lai Xiaohui from Chengdu to put together a remarkable culinary experience in September.

Wrapping up the year of 2022 will be the fourth collaboration dinner in November featuring Michelin one star Ying at Altira Macau and Black Pearl one diamond Zi Fei also from Chengdu, Sichuan. Chef de Cusine Benny Wu of Ying and Executive Chef Yu Guofu of Zi Fei promise to deliver a memorable evening that will surely impress.

More details on each of the 10 four-hands dinners and the lineup of the remaining six collaborations in 2023 will be revealed soon. Stay tuned for the latest privileges and promotions exclusively for Melco Style WeChat members: www.cityofdreamsmacau.com/en/melcostyle.

* Details on the six four-hands dinners in 2023 will be revealed at a later stage. 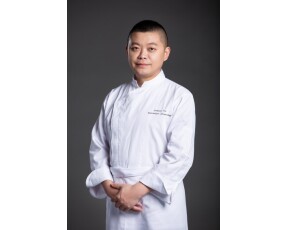 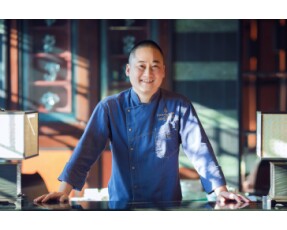