Japan is considerably an earthquake-prone region. Thus, the Village House Vietnamese Customer Service Team in Kato City, Hyogo Prefecture, Japan, led an earthquake preparedness event for its Vietnamese residents—who are not as familiar as the native Japanese population with response protocols—to educate this growing community on how best to manage in the event of an earthquake.

KATO CITY, HYOGO PREFECTURE, JAPAN - Media OutReach - 11 October 2022 - On 11 September 2022, an earthquake preparedness event was held for the predominantly Vietnamese-national residents living in the Yashiro apartments and Yashiro Dai 2 apartments, rental units belonging to the Village House. A first of its kind, this was a collaborative effort by local authorities in Kato City, the Hyogo Bousaishi Society, and the Village House Vietnamese Customer Service Team — to prepare the residents residing in Kato-shi rental properties in the event of an earthquake.


The Importance of Earthquake Preparedness

Geographically, Japan is a region that is exposed to tectonic movements in the earth's crust, leading the nation to be earthquake-prone. This comes in contrast to Vietnam, which does not experience tremors of a similar magnitude as Japan. Due to this fact, many Vietnamese migrants to Japan may not be aware of the existing disaster protocols in Japan, a country where being taught what to do in the case of a major earthquake is standardized education. These fundamental procedures save lives and often are not available in languages aside from Japanese or English in a nation expanding its migrant workforce.

Led by the Hyogo Bousaishi Society's special advisor, Ishizuka Toru, the earthquake preparedness event began with a lecture on the damage caused by major earthquakes like the Great Tōhoku Earthquake. It was a vital topic to kick off the event as it laid out the importance of first responses for disasters of such a scale. Mr. Ishizuka then went on to cover the necessary protocols the Vietnamese residents are to follow when an earthquake occurs.

These protocols included the evacuation routes residents could take to nearby disaster shelters (such as the nearby Fukuda Elementary School), how to live in a shelter, what to prepare in an earthquake kit, and how to collaborate with the local authorities during an earthquake or similar. To ensure that the residents would stay well-informed after disaster strikes, Village House prepared and distributed the lecture contents in Vietnamese.

To further drive home the importance of being prepared and ready in times of crises, the participants also experienced a simulation of the protocols. After they put on their safety helmets, a key equipment in such disasters, they were taken to Fukuda Elementary School to familiarise themselves with the evacuation route. The group were taught how to create makeshift beds out of cardboard to simulate the experience of living in a disaster shelter.

The event was then concluded with an authentic Vietnamese meal.

A Lasting Impact on the Vietnamese Community

In time to come, this earthquake preparedness event will have not only served to be a keen set of survival procedures in a time of crisis, but it will also help the Vietnamese-national residents of this Village House property — which make up 60% of the apartments' population — to establish strong roots with the larger Japanese community.

exclusive promotions and discover a new life in one of our low-cost units today!

About the Hyogo Bousaishi Society
Being a country bordering the ring of fire, Japan is prone to frequent earthquakes. The Japanese Disaster Prevention Association is tasked with educating and providing relief for the residents of Japan affected by natural disasters. The Hyogo Bousaishi Society, is the Hyogo Prefecture's chapter, serving as not only a relief organisation but also an educational one for residents living in the Kansai region. 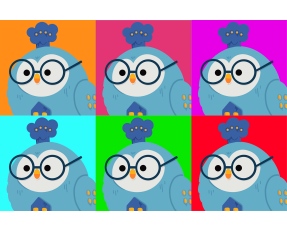 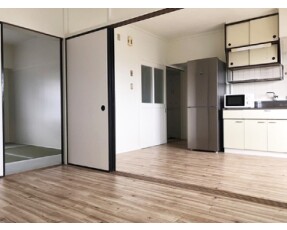