On the evening of September 21, Lan Fo'an, Deputy Secretary of the Shanxi Provincial Party Committee and Governor, delivered a speech at the opening ceremony and announced the opening of the event. Wang Xudong, member of the Party Group of the Ministry of Culture and Tourism and President of the Palace Museum, Atayu Xisamu, Ambassador of Thailand to China, Na Zuming, Chargé d'affaires of the Embassy of Bangladesh in China, Sui Jun, former vice chairman of the Overseas Chinese Federation, Wang Hongling, vice chairman of the Hubei Provincial Committee of the Chinese People's Political Consultative Conference, Wang Shi, chairman of the Chinese Cultural Promotion Association, and guests from Tunisia, Malaysia, Moldova, Armenia, and other countries attended this opening ceremony. Wu Wei and Zhang Fuming, leaders of Shanxi Province, participated too.

Lan Fo'an, Deputy Secretary of the Shanxi Provincial Party Committee and Governor, stressed that today's Shanxi is increasingly showing a magnificent picture of economic prosperity, social harmony, ecological beauty, openness, innovation, and vitality to the world. Today's Yuncheng City is slowly unfolding a beautiful picture of high-quality economic and social development. The mountains and rivers on the surface and the land of Hedong have become tourist resorts and vacations and hot lands for investment and development. With the greatest sincerity, the most practical measures, and the best service, they will make every effort to create a "three no" and "three good" business environment, and be the "Assistants" 24 hours a day. They sincerely invite everyone to come to Shanxi to invest in the industry and tourism, share the high-quality development opportunities of Shanxi in the new era, and jointly create a better tomorrow.

On the evening of September 21, Xiezhou Guansheng Cultural Square under the night was lit and colorful, and the land of Hedong welcomed guests from all over the world in a warm atmosphere. At the opening ceremony, Chinese traditional culture was displayed and performed, taking the development of Chinese civilization as the context. The four chapters themed "The Earliest Called China", "Colorful Salt Pool Unique", "Loyalty, Righteousness, Benevolence and Bravely Counting Guan Gong" and "The River Flows Eastward" interpreted the beautiful legends on the land of Hedong, showing the inheritance, promotion and development of Chinese civilization for 5,000 years.

Yuncheng was first called China here; the colorful salt pond is unique; there is loyal, benevolent and brave Guan Gong; and the river flows eastward from here; Yuncheng is an "international tourist destination" and worth visiting. The three "golden signboards", Guangong culture, the magnificent scenery of the Salt Lake, and the customs of the Yellow River, are vivid portrayal of Yuncheng's profound historical and cultural heritage. The Jiuqu Yellow River turned eastward, and the Chinese civilization swayed all the way from here. Through the Han wind and Tang rain and the sound of Song Yun, Yuncheng is the theme park of China's 5,000-year-old civilization. As the saying goes, if you don't go to Yuncheng, you don't really go to China; you can't go to China without visiting Yuncheng.

Shanxi, with its magnificent surface of mountains and rivers, has nurtured China's 5,000 years of civilization. Taking the opportunity of the Tourism and Development Conference, we will continue to promote the high-quality development of culture and tourism in an all-round way and build Shanxi Province into an internationally renowned cultural tourism destination. 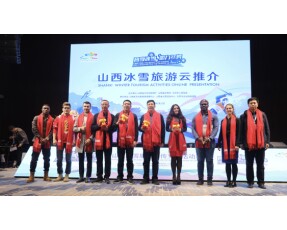 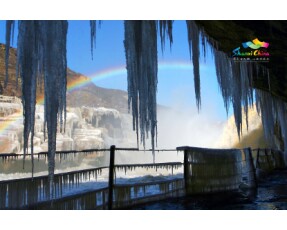