HONG KONG SAR - Media OutReach - 1 July 2022 - The 2022 Trusted Brands survey results are in – and the time to celebrate has arrived. The independently-conducted Trusted Brands survey appears exclusively in the June 2022 issue of the Hong Kong Reader’s Digest. It was conducted by leading market research company Catalyst Research, who surveyed 8000 individuals across the five key regions of Hong Kong, Taiwan, Singapore, Malaysia and the Philippines to determine which brands consumers trust most.

Reader’s Digest is among the few brands in the world to have the opportunity to celebrate its 100th year anniversary. As a global brand with 23 editions in 41 countries, Reader’s Digest has published more than 40,000 articles that inform and entertain, and sold more than 10 billion magazine copies. We are proud to celebrate a century of laughter, changing lives, and journalistic excellence.

Trust has been the guiding human emotion we’ve all had to rely on to navigate through the pandemic safely. For the survey winners that has meant getting proactive and reaching out to customers and audiences like never before.

THE PERSONALITIES HONG KONG CONSUMERS TRUST THE MOST

Just like in previous years, one of the highlights of the 2022 Reader’s Digest Trusted Brands awards is the list of most trusted personalities in the following categories: Most Trusted Radio Presenter; Most Trusted TV Host/Presenter For News & Current Affairs; Most Trusted Variety/ Entertainment Presenter; and Most Trusted Sportsperson.

The personalities that Hong Kong consumers put their trust in most are:

Anthony Fong is currently the chief planning officer of TVB’s News and Information Division. He hosts Big Big World, which introduces Hong Kong residents to the world’s most remote countries; As Long As You Live, which visits many countries in Europe、America and Asia to explore population ageing issues with new ideas; As Far As You Reach, which travels overseas to reflect on Hong Kong’s transport development; News Treasury, which goes into News Division’s information “trove”, revisit classic footages. Last year Anthony Fong launch a new programme Big Big Old World, searches for the protagonists of news of 1980s and 1990s, from changes of their life to witness changes of the times, in order to rediscover the human kindness which has disappeared.

Anthony Fong is a famous TV host in Hong Kong, he has witnessed international and the Mainland, Taiwan and Hong Kong’s major moments through important news and documentary programmes over years. He hosts News At Six-Thirty, Global View and Annual Major Events Review, and co-ordinates News Files. He gains the title of “King of Motto” for his unique style, scores great honours and is highly trusted.

DO DO CHENG
Most Trusted Entertainment/Variety Presenter

Cheng Yu Ling is an icon of Hong Kong’s pop culture who is successful in many areas, and she is known as TVB’s host, movie star and chief MC. She once filmed nine movies at same time, and acquired the title “Miss Cheng of Nine Movies”, and won lots of awards.

Fast-talking Cheng Yu Ling has a famous nickname “Do Do”, and young audiences are familiar with her as well. Her legendary career is witnessed by the handprint she left on Hong Kong’s Avenue of Stars.

Do Do Cheng is the first actress who won both best actress of film and best actress of TV drama from 2000 to 2019. Her career is not limited to film and TV, she is also a leading emcee in Hong Kong, hosting a variety of major entertainment events, ceremonies and live shows, as well as international events held in Hong Kong.

Sarah Lee Wai Sze won Hong Kong’s first cycling medal at the 2012 London Olympic Games, and won a bronze medal in the women's sprint at last year’s Tokyo Olympic Games. She has earned three rainbow jersey so far, lived up to the expectation expressed by the title of NTK Estate Cycling Goddess.

Sarah Lee is known for her amazing perseverance. She overcomes anaemia and the pain of multiple surgeries, faces challenges with perseverance. At the 2016 Rio Olympic Games, she finished the race in pain after sustaining an injury and placed seventh overall.

Off the field, Sarah Lee also passionate about social activism. During the Covid-19 pandemic, she appeared in a film with other athletes to urge the public to “stay at home fight pandemic together”. She advocates children’s right to play, appointed as Hong Kong Committee for UNICEF (UNICEF HK) Ambassador. In 2018, she was selected as one of Hong Kong’s annual outstanding young persons.

Not only is Sarah Lee one of Hong Kong’s favorite athlete, but her experience is also an inspiration to the general public and an inspirational role model for young people. She recently put her experiences into writing and published a memoir, Every Scar on My Body, in which she used scars from different parts of her body as a theme, shared her stories and insights on the ups and downs of her cycling career with the public.

Known as the “King of Commercial Radio”, Sammy Leung’s career is not limited as a radio DJ, but also get achievement in radio, film and television. For more than 20 years, he enjoyed high popularity in Hong Kong, and was well known in Pearl River Delta.

Sammy entered the industry in 1994 when he took part in the Commercial Radio's DJ contest, and has hosted numerous entertainment programmes with his long-time partner DJ Kitty Yuen, and they are famous golden partners. In recent years, Sammy launched a travel programme, joining the reality travel show "Sammy On The Go” with other artists, which won the "Best Non-Drama Programme" at the "TVB Anniversary Awards”. In 2021, Sammy was the star host of TVB's singing talent show "The Voice", which was the first programme in Hong Kong television history to use XR (Extended Reality) technology.

Sammy also performs, directs and writes for stage shows and stand-up comedies, expanding into all aspects of entertainment.

Sammy impresses the public with his fun, lively and creative style, and keeps his audience coming back for more, creating an excellent word-of-mouth effect.

THE BRANDS HONG KONG CONSUMERS TRUST THE MOST

The award-winning Trusted Brands that are outlined in the Reader’s Digest 24th annual survey standout among their competitors. During the hardest of times throughout the pandemic, they have continued to build their customers’ trust by consistently responding to their customers’ concerns, by sympathising with their situations and providing the necessary support.

“Any consumer brand that wins the trust of the consumer market has achieved an enviable position – it takes years of careful business planning, execution and nurturing,” says Reader’s Digest Editor-in-Chief, Louise Waterson. “Being able to secure the trust of your customers is an extremely valuable asset, particularly during times of economic and social hardship. Trusted brands live up to their promises and this allows them to enjoy the trust of their customers into the future.”

Platinum Awards went to those brands that perform exceptionally, based on consumers’ perception. In the poll, these brands attained scores that exceed those of their nearest competitors. Some of the awardees were:

Gold Awards went to brands that had outstanding results, based on the perception of consumers. Some of the brands included in this list were:

About the survey
The survey is an independently commissioned poll, with the results appearing exclusively in Reader’s Digest Singapore. Leading market research agency Catalyst Research surveyed a representative sample of 8000 individuals from Hong Kong, Taiwan, Singapore, Malaysia, and the Philippines to determine which brands consumers trust most.

The survey reveals the brands, products and services that consumers believe in, over more than 50 categories.

Please ensure Reader’s Digest Asia is credited in any coverage, thank you. 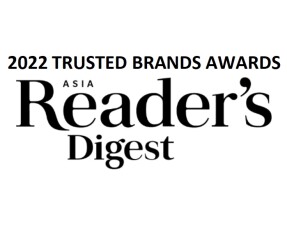 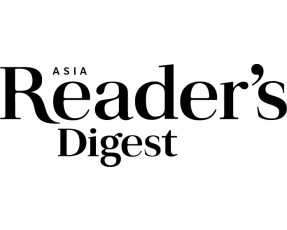