HONG KONG SAR - Media OutReach - 20 May 2022 - Playing video games is an investment nowadays as players can play to earn throughout the process. Hong Kong's first blockchain game guild "Guild 22" has begun operation and 22 May has been scheduled as "Guild 22 Day". The guild is launching a three-day event from 20 to 22 May at Metacade located at Russell Street, Causeway Bay.

Game-Fi has become very popular in recent years. Guild 22, officially established in December 2021, consists of a team of experts boasting in-depth knowledge and background in cryptocurrencies and finance, and a group of passionate young video game players. So far, Guild 22 has invested more than HK$10 million in programme development and digital assets. It also strives to attract like-minded players to become members, hoping to expand the game player circle.

Currently, Guild 22 offers a variety of popular games, including Axie Infinity, Pegaxy, Cyball, CEBG, DefiLand, Splinterlands, STEPN, to name a few. It has a deep understanding of the blockchain and Game-Fi economy.

Ronald Chiu, one of the founders of Guild 22 and pioneer of Hong Kong's Game-Fi, said, "The play-to-earn model stemmed from the Southeast Asian market with many players there earning an income up to three times more than their jobs. Due to differences in living standards, play-to-earn has not yet made a big impact in Hong Kong. However, as down-to-earth game STEPN has gained popularity, in addition to AAA games that are set to be rolled out, many advanced gamers start focusing on the combination of the traditional gaming industry and the blockchain technology, bringing economic changes to the gaming industry."

It's unimaginable to earn more than HK$10,000 a month as blockchain games gain popularity across the globe

Meanwhile, the market size of blockchain games grew from zero to HK$19.5 billion in 2021. Ronald predicts that it could grow to HK$78 billion by 2023. Taking the blockchain game STEPN as an example, players only need to buy a pair of digital asset sneakers (about US$1,000 to US$1,200) in advance to earn about US$60 a day. All calculations are based on the gamers' stamina and in-game digital currency every day. They can earn about US$1,860 a month.

Guild 22 has scheduled 22 May as the Guild 22 day. It also launched its first large-scale public event "Guild 22 blockchain game play-to-earn trail" from 20 to 22 May. During the event, Ronald will introduce the guild's plans and play-to-earn tips to games in collaboration with Kimi Chiu. Professionals will also teach the visitors to establish a crypto wallet on-site, bringing them to the Game-Fi journey.

Kimi also says that the play-to-earn feature greatly benefits gamers. She comments, "As a gamer, we can earn rewards and income from the games. We can even win a fair amount of the right to vote. Thereby, we can affect the development of the game. I also heard that I can earn more money by working after joining the guild. Moreover, the props and equipment in the game are all unique NFT assets. They are not only collectibles but also can be traded in the market to earn extra income. Who said that playing games is a waste of time?"

Gamers who come to experience can try the P2E shootout game EV.IO on the spot. By using their shooting skills, they have a chance to win the "Guild 22 Jackpot" of 500 USDT. Gamers will also be awarded an NFT after becoming a Guild 22 member. Moreover, they can also participate in the Axie Infinity Challenge hosted by HKGameFi and compete for the prize money worth $1000 USDT offered by Guild 22. Gamers who are interested in learning about Guild 22 and getting to know Game-Fi should not miss this opportunity. 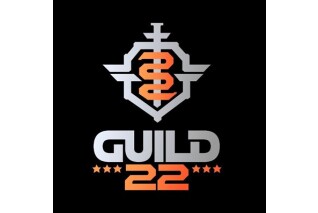 Game-Fi has become very popular in recent years. Guild 22, officially established in December 2021, consists of a team of experts boasting in-depth knowledge and background in cryptocurrencies and finance, and a group of passionate young video game players. The guild is different from its counterparts in Southeast Asian markets, as Guild 22 focuses more on players' level and automated fintech instead of blindly pursuing the number of gamers. Moving forward, Guild 22 will also continue to attract the younger generations to co-develop the blockchain and traditional gaming markets, and cooperate with the technical team to develop data analysis systems. It will also operate from the perspective of digital asset management and strive for the most profitable transactions.

Moreover, Guild 22 is planning to collaborate with local universities to launch a wide variety of activities in order to reach out to the younger generations. Apart from recruiting talented gamers, we hope to include people who are interested in the gaming market.

As one of the founders of Guild 22 and chairman of Pong Group, Ronald owns the PONGConnect Technology Innovation Industry. His innovation includes Beer Pong, an electronic scoring table. A pioneer of Hong Kong's Game-Fi and a dedicated mobile gamer, Ronald had a deep understanding of the traditional gaming model and gamified finance model. He is optimistic about the future of blockchain games and has made a seven-figure investment in Guild 22. In the future, he will multiply his investment, using Guild 22 to bring Hong Kong players to go abroad and learn more about the evolution and development of gamified finance and blockchain games.