HONG KONG SAR - Media OutReach - 9 February 2022 - The Hong Kong - Asia Film Financing Forum has shortlisted 28 in-development projects for its 20th anniversary edition (HAF20), which will run online for the third consecutive year from 14 to 16 March in conjunction with the 26th Hong Kong FILMART.

"Unfortunately, we won't have the opportunity to celebrate our 20th anniversary by hosting our usual in-person event due to the ongoing COVID-19 pandemic and travel restrictions," HKIFF Industry Director Jacob WONG said.  "Nevertheless, based on experience gained from the last two years, we will strive to improve our online booking and meeting system to make it a breeze for all participants."

Some of the selected HAF20's in-development projects (IDP) are as follows:

HAF20 spotlights eight Hong Kong in-development projects, the most in recent years.  They include I Might Write About Us, a personal LGBTQ+ drama by Jun LI (Drifting, winner of Best Adapted Screenplay at Golden Horse Awards 2021); High Noon, a drama about a cop who unearths the brutal past behind a recent robbery, directed by award-winning film editor WONG Hoi and produced by Michael J. WERNER; and Smashing Frank, a dark comedy about four millennials who rob the rich, by Trevor CHOI, director of a local popular YouTube channel 16:9, with Fruit CHAN attached as producer.

In line with its continuing support for new talent, HAF20 presents 12 debut in-development projects, many by young filmmakers who have cut their teeth by making short films.   Among them, DUONG Dieu Linh (A Trip To Heaven, winner at Locarno 2020), follows a middle-aged Vietnamese housewife who voodoos her husband back into love in Don't Cry, Butterfly; In Summer Breeze, HO Yuk-fai (Eternal Sunshine, winner of Best Director at Hong Kong's Fresh Wave 2020), creates a eulogy to Hong Kong's young generation through the bittersweet lives of three graduates; Moxie PENG (one of the six directors of "Disney Launchpad: Shorts Incubator" programme) tracks the bleak reality of a family of four in social drama Tender Is The Night, which Jane ZHENG of The Farewell fame produces.

Both WU Lang's Absence and ZHANG Yudi's The Midsummer's Voice are based on short films of the same name, which competed in Cannes and Palm Springs International ShortFest, respectively.

Several award-winning directors are bringing their latest projects to HAF20.  MARIKO Tetsuya (Destruction Babies, winner of Best Emerging Director at Locarno 2016) examines what a father will do to get his son back in Missing.  Ida PANAHANDEH (Nahid, winner of a promising future prize at Cannes' Un Certain Regard 2015) focuses on a gypsy woman temporarily released from prison who is suddenly revered as a saint in Passion.

Meanwhile, XU Zhenhao (Give Me A Ride, Firebird Award for Best Director of Young Cinema Competition at HKIFF43) describes an encounter between a man who accrues huge debts and a bar girl, both of whom are lost in the whirlpool of money and desire in The Millionth Lipstick, produced by YANG Chao.  Jill LI (Lost Course, Best Documentary winner at Golden Horse Awards 2020) makes her narrative feature debut in The Returning Tide, which explores the world of two elderly men as they embark on a final journey to their hometown in Chaozhou.

The pandemic has found its way into everyday life, bringing filmmakers new experiences and inspirations.  Some of HAF20's IDP projects are conceived and set in the unique pandemic world, including A Woman Builds by HUANG Ji (Egg and Stone, winner of Rotterdam Tiger Award 2012), which sees a woman return to her hometown to build a house when the pandemic keeps her husband and her daughter from travelling home; and Chifan by TSANG Tsui-shan (Big Blue Lake, winner of Best New Director at Hong Kong Film Awards 2012), which follows a Belgium-born Chinese woman who is rendered an outsider in the eyes of the locals in Antwerp when the pandemic strikes.

Some filmmakers turn to magical realism amid the pandemic, blurring the line between fantasy and reality in their stories.  Projects which carry time travel or supernatural elements include Insectum, by Bhaskar HAZARIKA (The River of Fables, winner at Indian National Film Award 2016), which focuses on an Indian young man who descends into an insect-like state; Colleen KWOK's The Stars The Sun The Moon sees two primary schoolmates travel 20 years into the future where one of them has died, and the first-ever Thai-Muslim horror The Cursed Land directed by Panu AREE and Kong RITHDEE and produced by Nonzee NIMIBUTR.

Meanwhile, Malice, by LIM Lung-Ying (Ohong Village, winner of Cipputi Award at Torino 2019), follows three men onboard a boat searching for the almost extinct giant swordfish, and HUANG Ningwei's Not Found is a road movie in which a struggling writer meets three characters from his unfinished script.

There were 84 WIP submissions from 23 countries and regions this year.  Commenting on the selections, which have become an increasingly significant part of HAF since their introduction in 2017, HKIFF Industry Director Jacob WONG said he was particularly pleased to present BORROWED TIME and The Sunny Side of the Street.

"They are the first projects to have progressed through the HAF eco-system, from Film Lab to In-development projects, and now onto WIP," WONG said.  "We set out to provide coordinated support across various stages of independent filmmaking, covering every aspect from early-stage project development, financing to post-production and promotion.  It is very satisfying to witness some of these projects coming through."

BORROWED TIME and The Sunny Side of the Street both won script consultation service awards at HAF Film Lab in 2019.  They participated in HAF's In-development projects section the following year and are currently in post-production.

BORROWED TIME, which Stanley KWAN produces for first-time Chinese director CAI Jie, is about a daughter who sets out from Guangzhou to Hong Kong to look for her long-missing father, played by Tai Bo (Suk Suk).  In The Sunny Side of the Street, Anthony WONG (Still Human) plays a taxi driver who forms an unusual father-son relationship with a Hong Kong-born Pakistani child refugee.  Winnie TSANG produces for Hong Kong-based Malaysian filmmaker LAU Kok Rui, making his directorial debut.

Bad Rabbit Pictures, the Beijing-based production company founded by cinematographer CAO Yu and actress-producer YAO Chen, has two projects on the shortlist.  WONG Lina, whose A First Farewell won the Firebird Award winner of HKIFF's first-ever Chinese-language Young Cinema competition in 2019, returns with Village‧"Senet", a poetic musical about a boy from a remote village in Xinjiang's Taklamakan Desert.  QIAO Sixue's debut feature, The Cord of Life, explores the notion of hometown through a nomadic electronic musician who brings his Alzheimer-stricken mother back to the Mongolian grassland for her last days.

While Chinese-language projects dominate the field, this year's WIP line-up still features an Israel-Italy co-production.  A Room of Its Own by Matan YAIR (Scaffolding, Best Film at Jerusalem Film Festival 2017) is about a 17-year-old teenager searching for his path in the world when his mother moves into his room after his father has moved out of the house.  Also making the shortlist are two projects from India: documentarian Rajesh S. JALA's first narrative feature, The Spark, is about a victim of violence who creates havoc in the ancient city of Banaras.  He is joined by first-time director Syed Maisam Ali SHAH, whose In Retreat follows a marginalised character who returns home in a dream-like journey.

All accredited FILMART and HAF guests are welcome to attend the online WIP Open Pitch through this link: www.hktdc.com/hkfilmart.  Please refer to Appendix for details on all shortlisted WIP projects.

WIP began in 2017 as a dedicated platform for later-stage projects seeking completion funding, post-production partners, distributors and sales agents, and film festival support, extending the services of the main HAF programme, which is for projects in the pre-production or development stages.

Guest registration for HAF20 is now open to investors, festival programmers and other industry professionals through https://industry.hkiff.org.hk/guest-registration. Accredited guests will receive a complimentary code for registration and schedule one-on-one online meetings with HAF filmmakers to discuss their projects.

For more up-to-date information about HAF, please visit our official website at https://industry.hkiff.org.hk or our Facebook page at https://www.facebook.com/hkiffindustry/. 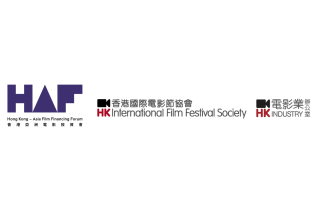 HAF enhances the prospects of the participating projects through close collaborations with international organisations such as iQIYI (Mainland China), Fox International Productions (Greater China), Cinemart (the Netherlands), Asian Project Market (South Korea), Golden Horse Film Project Promotion (Taiwan), MIA (Italy) and more. Cash and in-kind awards to the value of around US$250,000 are made with support from Create Hong Kong and Film Development Fund, among others.

To promote and support the film industry development more effectively, The Hong Kong International Film Festival Society restructured its industry services and set up Hong Kong International Film Festival Industry Office (HKIFF Industry) in 2021.  From polishing up projects with a better appeal (HAF Film Lab) to getting them off the ground and finding post-production assistance (Hong Kong - Asia Film Financing Forum (HAF)), to exposing the projects in major international platforms (HAF Goes to Cannes), and on to planning the career of finished films (HKIFF Collection), HKIFF Industry offers independent filmmakers comprehensive services and windows to the world. 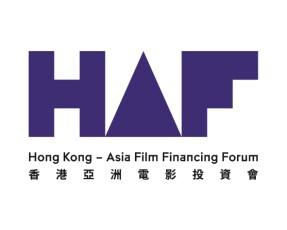