AnyDesk is introducing many new, helpful features with the new Version 7.0 for Windows. In addition to a clearer user interface, the update also offers optimized authorization management and new privacy functions.

HONG KONG SAR - Media OutReach - 7 December 2021 - AnyDesk, one of the leading companies for remote desktop solutions, is launching AnyDesk 7.0. For the company, the update is the next step in further simplifying the remote maintenance solution. AnyDesk 7.0 is initially available for Windows users, with other operating systems to follow at a later stage. Many new features address user feedback and preferences.

The update to Version 7.0 sees numerous innovations in the AnyDesk Client. Users can now create different authorization profiles for access to their devices. If others want to access the user's own device via AnyDesk, the user can choose between authorization profiles with just one click. That even precedes release for use. Thus, for example, it is possible to oversee whether the accessing user is granted full access or, say, just access to shared screen content. This means, on the one hand, that users can grant full access rights to trusted AnyDesk users, such as family members. Conversely, people who cannot be trusted to that extent can be assigned a profile with restricted authorizations, such as just "share screen".

In addition, every profile can be secured using an individual Unattended Access password. If several people are meant to have access to the same device, they can now also be given different passwords – and consequently different authorizations when accessing the device. That increases security and monitoring.

The user interface has also been further developed. The intuitive and much-simplified user interface (UI) in Version 7.0 is geared to a conventional web browser layout. It employs a tile view for selecting devices, and a search bar for finding available devices. Another new feature is the option to invite another user directly to a remote desktop session. The user on the invitation page receives a message and can accept or refuse the session invitation within a two-minute window.

Many new functions increase security and privacy during use. For instance, there is a session indicator, which indicates the current incoming session in the form of a colored frame. In addition, private desktop backgrounds can be replaced automatically, as soon as an incoming session starts, by a preinstalled background. The accessing user then sees only this configured desktop background. Users of Version 7.0 also have the option of disabling the online status display of other users in their own Client. This particularly supports privacy in a company context, for example if the online status display is disabled for all employees.

Fast: Still the best performance on the market

With Version 7.0, AnyDesk is confirming its market position as one of the fastest remote solutions. Due to the high frame rates, it is capable of fluid imaging with refresh rates of 60 images per second. And thanks to the in-house developed video-codec DeskRT, the version offers latency of under 16 milliseconds in the LAN – a delay that is imperceptible to the human eye. Even in areas with low bandwidths of 100 kB/s, users can look forward to judder-free remote working. Version 7.0 again ships with a bank-level security standard, in its TLS 1.2 technology. All sessions support perfect forward secrecy and can be further protected against unsupervised access using two-factor authentication. This also applies for the User Account login.

Version 7 coincides with company anniversary
The launch of Version 7.0 also sees the company, founded in 2014, celebrating its seven-year anniversary. For CEO Philipp Weiser, the update is an important step into the future: "For us, product development means cooperation with our users. Good tech companies listen to the feedback from their community, to criticism every bit as much as future wishes. The new features in Version 7.0 are the best evidence of how users become co-developers." 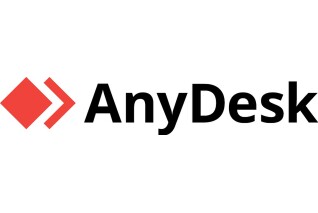 AnyDesk is one of the world's leading providers of remote desktop software. The ScaleUp's innovative solutions have already been installed nearly 500 million times – in 2020 alone, the number of downloads has doubled. This makes AnyDesk one of the 50 fastest growing companies in Europe. In more than 190 countries, over 80,000 customers rely on AnyDesk, including internationally renowned companies such as Bosch, McDonald's and Google. Visit our website here: 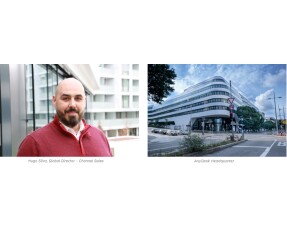 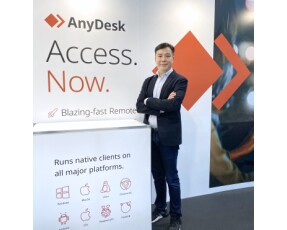