HONG KONG SAR - Media OutReach - 19 October 2021 - A collection of extremely rare items associated with Napoleon Bonaparte, the French Emperor and General, is for sale at Bonhams, the world's third largest auction house in London on 27th October. The auction marks the 200th anniversary of Napoleon's death. 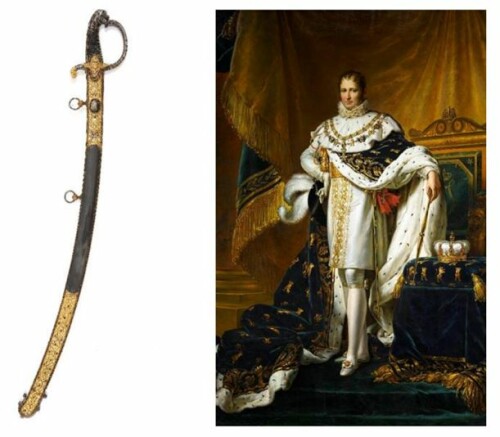 The highlight of the sale is an historically important and unique Imperial sabre made for Joseph Bonaparte, Napoleon's older brother and King of Naples and King of Spain. This is the first time the sabre has been on public sale. The estimate is US$350,000-$480,000.

The magnificent sabre was made for King Joseph Napoleon during his reign as King of Naples between 1806 and 1808. The blade is engraved 'VIVA IL RE GIUSEPPE NAPOLEONE' (LONG LIVE KING JOSEPH NAPOLEON). The only other sword with similar engraving was made for Napoleon himself and is now in a museum in Spain.

The luxurious decoration of the sabre reflects King Joseph Napoleon's Imperial status.  The scabbard is richly decorated in gilt ormolu with Joseph's scrolled initials JN in gold surmounted by a crown, an Imperial eagle, and images of Napoleonic military campaign themes.

The sabre, and Napoleon's sabre, was captured by the British under the Duke of Wellington at the Battle of Vitoria in 1813.

Simon Cottle, Bonhams' head of sale, said "This beautiful sword is being offered for sale for the first time. This is a very rare opportunity to acquire a piece which is not only historically important but, in its craftmanship and astonishing level of detailed decoration, also a work of art in its own right."

The Bonhams sale includes other relics of Napoleon such as a shirt and scarf worn by him and a fine gold snuff box.

The issuer is solely responsible for the content of this announcement.
SOURCE:
CATEGORY: