One of Asia’s most prestigious design awards honours three trailblazers in the world of design, and the design projects globally that have influenced and meaningful impact on Asia

Organised by the Hong Kong Design Centre (HKDC) with Create Hong Kong (CreateHK) of the Hong Kong Special Administrative Region Government as the lead sponsor, the DFA Awards was launched in 2003 to underpin the role of designers within society, celebrate design excellence with positive influence and impacts in Asia.

Upon reflection of this year's awards, Professor Eric Yim, Chairman of HKDC states:

"Design is a vital part of Hong Kong, a city that brings people, culture and ideas together. This is especially critical at a time when the world has witnessed so much uncertainty brought on by the pandemic. This year, I am delighted to honour three exceptional leaders: Patrick Whitney, Min-Liang Tan, and Freeman Lau, all have shown through their work, dedication and leadership how design can be used to inspire communities, unite people from all walks of life through one singularity, and contribute to the betterment of society in Asia and beyond." 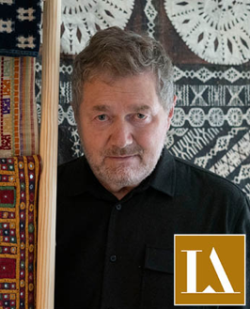 Patrick Whitney is the Professor in Residence of D-lab in the Harvard T.H.Chan School of Public Health, a leading laboratory that explores and demonstrates how design methods and frameworks can improve human well-being. He is widely regarded as a thought leader for pioneering the notions of human-centred design and strategic design. He is a highly esteemed speaker at multiple international design events, on topics such as innovation, sustainability and human well-being. Global Entrepreneur Magazine named him as one of 25 people worldwide contributing the most in bringing new ideas to businesses in China. 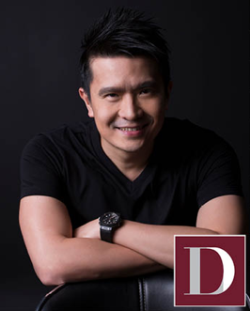 As the pioneer of e-sports hardware, former lawyer Min-Liang Tan is seen as a trailblazer for the younger generation, of someone following their dream and at the same time adding valuable contributions to society. As CEO, Co-founder and Creative Director of the world's leading lifestyle brand for gamers – Razer Inc., Tan has demonstrated how forward-thinking and innovative design can disrupt the gaming industry.

DFA Design Leadership Award 2021 honours his leadership throughout the years in pushing the boundaries of the gaming industry and driving industry innovation through design. Under Tan's strategic and creative direction, Razer has gone from a two-man startup to a multinational market leader and Unicorn in the technology world.

Freeman Lau is a Hong Kong designer, renowned for his art and design innovations. He is the brains behind some of Hong Kong's most iconic designs such as the Watson Water bottle, which earned him multiple awards. The design aesthetics and its functionality has lauded a critical breakthrough in the history of bottled water. In addition, Lau has been tirelessly promoting the development of design in Hong Kong, Greater China and Asia.

Lau's creative prowess spans across the entire design spectrum, from graphic design, packaging design, to fine arts. His contributions are widely recognised in society His creative contributions have a significant, cultural impact in Asia, which is best demonstrated by his 'Chairplay' series. The series includes a range of furniture and sculptures, which has been shown worldwide at different exhibitions. The notion of Chairplay is a metaphor for the exploration of different human centric issues and is one of Lau's signature works.

DFA World's Outstanding Chinese Designer 2021 honours his devotion and contribution to promoting the design, creative industry and culture of Hong Kong and Asia.

Since its launch in 2003, the DFA Design for Asia Awards has served to celebrate design excellence and acknowledge outstanding designs with Asian perspectives. It has been a stage upon which design talents and corporations can showcase their design projects internationally. It consists of the Grand Award and Category Award. Category Award entries are recruited by open submission to one of 24 categories under four key design disciplines, namely Apparel & Accessory Design, Communication Design, Environmental Design, and Product & Industrial Design; Gold, Silver, Bronze and Merit awards are presented to the outstanding projects. Gold award winners from the Category Award and other nominated design projects will be considered for the Grand Award. 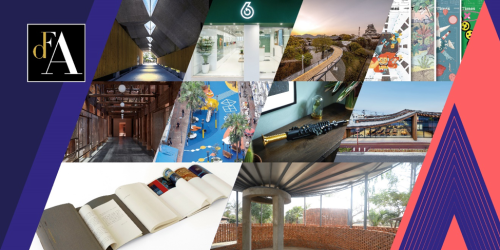 "Amidst the pandemic, creativity and innovation proves to be the remedy for improving our quality of life. We are pleased to award projects that meaningfully address critical issues such as humanitarian needs, environmental, cultural and sustainable development, revitalisation through technological advancements, and marriage of functionality and aesthetics."

The Awards' international judging panel comprises experienced design professionals and experts. Entries were judged and 180 winners through rounds of judging and deliberation were conferred. These awards include 12 Grand Awards, six Grand Award with Special Mention and 162 Gold, Silver, Bronze and Merit under the Category Award. This year, companies from Mainland China and Japan are at the top of leaderboard with 52 awards, followed by Hong Kong awardees claiming 41 awards.

In 2003, the Hong Kong Design Centre launched the

DFA Awards to underpin the role of designers in society, to celebrate design leadership and exemplary designs and projects with impact in Asia, as well as to recognise the rising force of emerging Hong Kong designers since 2005.

Hong Kong Design Centre (HKDC) is a non-governmental organisation, and was founded in 2001 as a strategic partner of the HKSAR Government in establishing Hong Kong as an international centre of design excellence in Asia. Our public mission is to promote wider and strategic use of design and design thinking to create business value and improve societal well-being.

HKDC's flagship programmes include Business of Design Week (BODW; since 2002) – Asia's leading annual event on design, innovation and brands; DFA Awards (since 2003) – a well-recognised annual awards that celebrate outstanding designs with Asian perspectives; and Knowledge of Design Week (KODW; since 2006) – an annual thematic programme that gathers the global design community to explore how design can solve complex challenges of our society.

We also manage a Design Incubation Programme and Fashion Incubation Programme (since 2012 and 2016) – 2-year programmes to nurture future design and fashion entrepreneurs; and launched FASHION ASIA HONG KONG (since 2016) – an initiative combining conversations, interactions and cultural exchanges to position the city as an Asian hub for fashion trade and business development.

Create Hong Kong (CreateHK) is a dedicated agency set up by the Government of the Hong Kong Special Administrative Region in June 2009. It is under the Communications and Creative Industries Branch of the Commerce and Economic Development Bureau and dedicated to spearheading the development of creative industries in Hong Kong. Its strategic focuses are nurturing talent and facilitating start-ups, exploring markets, and promoting Hong Kong as Asia's creative capital and fostering a creative atmosphere in the community. CreateHK sponsors the Hong Kong Design Centre to organise the DFA Awards for years and other projects to promote Hong Kong design.

This is a media release of Hong Kong Design Centre dispatched by CatchOn, a Finn Partners Company. 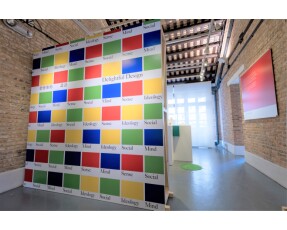