Gross margin expanded by 1.5 percentage points and EBITDA increased by 142%

HONG KONG SAR - Media OutReach - 27 November 2020 - HONMA Golf Limited ("HONMA" or the "Company"; together with its subsidiaries, the "Group"; HKEx stock code: 6858), one of the most prestigious and iconic brands in the golf industry, has announced its consolidated results for the six months ended 30 September 2020 (the "period").

Since the outbreak of the global health crisis, the golf industry and retail sector were affected severely by social distancing measures and shelter-in-place orders, especially during the 3 months ended 30 June 2020. The industry quickly rebounded since May 2020, as a good majority of golf courses in Asia, the US and Europe gradually re-opened for play under social distancing rules.

Benefiting from a speedier recovery from the pandemic and thanks to strong activation of products aimed at premium and super premium consumer segments, China and South Korea saw sales grew robustly by 52.3% and 16.9% respectively during the 6 months period ending September 30, 2020, on a constant currency basis. Sales from e-commerce advanced significantly due to change in consumer's purchase behavior and continued investment by the Company in social media, content marketing and digital platforms.

During the same period, Japan, North America and Europe continued to battle with the global health crisis and as a result, the revenue of these markets decreased by 59.6%, 36.7% and 19.4% respectively. Revenue from the rest of the markets showed different developments corresponding to how government authorities respond to the health crisis, representing a 30.7% increase in revenue during the period.

In terms of revenue by product groups, golf clubs, golf balls and apparels accounted for 77.8%, 10.3% and 5.5% respectively of the total. Due to the negative impact of the global health crisis, revenue from the three product segments declined by 12.5%, 6.0% and 5.2% respectively. In China and South Korea, however, the club sales increased by 102.9% and 10.3% while ball sales grew by 28.7% and 41.5% respectively. Revenue from BERES family products rose by 18.6% owing to strong brand equity in the super premium segment.

In terms of distribution channels, the Group had approximately 4,154 self-operated stores and third-party points of sales ("POS") in total as of 30 September 2020. Revenue from self-operated stores remained resilient and slightly decreased by 0.2% compared to the same period last year. The negative impact from the pandemic was largely offset by the increased sales per store, as a result of the continued optimization of the Group's retail operations in Mainland China, South Korea and Taiwan. Besides, the pandemic prompted a rapid development of the Group's e-commerce business, and sales surged by 79% as compared to the same period last year. Sales from Tmall and JD flagship store was more than 4 times as compared to the same period last year. Meanwhile, the Group's major retail partners suffered business closures during the outbreak, resulting in a decrease of 18.8% in revenue from third-party retailers and wholesalers.

Gross profit reported to be JPY4,634.4 million (equivalent to USD43.4 million), with the gross profit margin increased by 1.5 percentage points from 49.7% to 51.2% for the six months ended 30 September 2020, as a majority of the markets started to benefit from the retail and wholesale price rationalization that started two years ago.

Net loss was JPY803.5 million (equivalent to USD 7.5 million), as a result of income tax expenses versus income tax credit in the same period last year.

The Board resolved to declare an interim dividend of JPY 1.5 per share for the six months ended 30 September 2020.

Improving the global brand positioning and communication of HONMA

The Group continued to re-define its brand as a dynamic, relevant and global brand among internet-savvy younger golfers, and created an end-to-end digital ecosystem around the brand for golfers in the super-premium and premium-performance segments. To achieve this goal, the Group revamped its global website and social media platform, which helped HONMA generate month-on-month growth in organic traffic, conversion and other digital engagement matrixes. Also, through the continuous upgrading of its customer relationship management ("CRM") systems as well as adding various e-commerce capabilities and consumer-centric tools in key markets such as Japan, China and the US, the Group is able to provide consumers with the ultimate 360-degree brand experience and enhance its interaction with consumers, driving sales both online and offline.

The Group strives to apply cutting-edge technologies and artisan-style Japanese craftsmanship to the design, development and manufacturing of a comprehensive range of exquisitely crafted and performance-driven golf clubs. It applied several of its revolutionary proprietary technologies to the design and development of its new XP series, the first performance enhancement series under the TOUR WORLD club family. In December 2019, HONMA launched BERES 07 targeting super premium consumers, and revenue from BERES family products grew by 18.6% for the six months ended 30 September 2020, reconfirming HONMA's strong brand equity and its ability to withstand macroeconomic headwinds.

Following a continued and mid-double-digit growth in revenue from golf balls in the past 5 years, the Group further prioritized its product development resources and launching balls with its own patent. Alongside the strong sales growth of golf clubs in South Korea and China, the balls sales in the two markets expanded by 41.5% and 28.7% respectively. As for apparel, HONMA has already launched four apparel collections, targeting consumers in Japan, China and South Korea.

In January 2019, the Group re-launched its apparel collection following a strategic partnership with Itochu Corporation, comprising of three lines tailor-making for golfers in Japan, Mainland China and South Korea, both on-course and off-course. During the current reporting period, gross profit for apparels significantly increased by 108.5% from JPY167.3 million to JPY348.9 million year-on-year and gross profit margin for apparels rose from 31.2% to 69.6% year-on-year. The increments were attributable to increased brand and product recognition for HONMA's apparels, enhanced operational management and upgrade in HONMA's supplier base. Moving into the second half of FY21, Fall/Winter 2020 collection has received positive consumer feedback and the latest operational report has shown encouraging sales numbers.

The Group continued to execute its direct-to-consumer distribution model. It boosted its store presence with HONMA-branded displays at 54 retail locations in North America. At the same time, the Group pivoted to a mobile fitting van program, bringing the HONMA fitting experience to customers' home courses. From January to September 2020, the Group further increased its mobile van coverage to 14 vans from 9 vans at the beginning of the year.

Furthermore, the Group has been invested in its e-commerce website since 2019 and implemented various digital marketing efforts to drive website traffic and target potential shoppers through re-targeting efforts on social media and search engine marketing. For the six months ended 30 September 2020, the Group has seen site visits almost doubled and average order value of more than one thousand US dollar. The strong performance also highlights the success of brand building and consumer interest in HONMA in its second year of expansion in North America.

In Europe, the Group continued expanding its footprint and opened 23 new POS while closing none during the period, increasing its total POS to 563 as of 30 September 2020.

Looking ahead, Mr. LIU Jianguo, Chairman of the Board, President and Executive Director of Honma Golf Limited, said, "The first half of the current financial year began with an extremely challenging operating environment and a lot of uncertainties about the future. Fortunately, the golf industry recovered very quickly and as COVID-19 related regulatory restrictions started to ease from Asia to Europe and North America, we observed a surge in demand to play golf, an increase in new and returning golfers and an uptick in new orders from both end consumers and retailers.

"Our business has proven to be resilient even under the current volatile economic environment, thanks to our strong brand equity and incomparable advantages in the premium segment of the golf industry. We are even more convinced that we will benefit from the uprising consumer sentiment post-pandemic."

Mr. LIU concluded, "The six months ending 31 March 2021 will be a crucial period for HONMA to execute its development strategies. We are confident in our ability to mitigate the adverse impacts of the COVID-19 outbreak and will seize every possible opportunity to preserve cash, to right-size our organization in order to foster a solid foundation for the mid- and long-term development with respect to our brand, products, distribution channel, employees and supply chain." 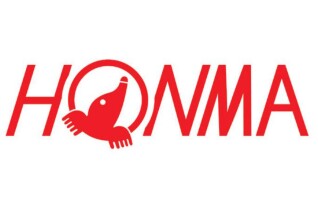 HONMA is one of the most prestigious and iconic brands in the golf industry. Founded in 1959, the Company utilizes the latest innovative technologies and traditional Japanese craftsmanship to provide golfers across the globe with premium, high-tech and the best performing golf clubs, balls, apparels and accessories. HONMA's products are sold in approximately 50 countries worldwide, primarily in Asia and across North America, Europe and other regions. The Company was successfully listed on the Main Board of The Stock Exchange of Hong Kong Limited on 6 October 2016 (SEHK stock code: 6858).  As the only vertically integrated golf company with in-house design, development and manufacturing capabilities, a strong retail footprint in Asia and a diverse range of golf related products, HONMA is perfectly positioned to continually grow its business in Asia and beyond, benefitting from the return of golfers in mature golf markets such as the US and Japan and from increased participation in golf's new and under-penetrated markets such as South Korea and China. 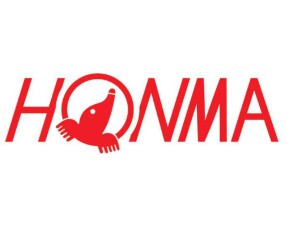 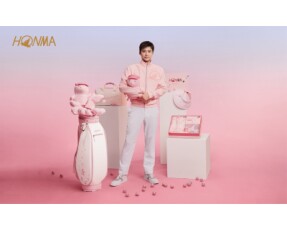