HONG KONG SAR - Media OutReach - 19 November 2020 - 2020 was a record-breaking year for the James Dyson Award, which has now financially supported 250 promising inventions from young engineers and scientists around the world. Despite this year's context, the Award received its highest number of entries, and the quality was exceptional -- highlighting the ingenuity of young inventors. The two winners, who each receive £30,000, solve significant problems of global importance: women missing breast cancer screenings and sustainable methods to effectively generate renewable energy.

The Blue Box is the International winner of the James Dyson Award 2020. Invented by 23-year-old Judit Giró Benet, it is a new way to detect breast cancer, at-home, using a urine sample.

AuREUS System Technology is the first ever Sustainability winner of the James Dyson Award 2020. Invented by 27-year-old Carvey Ehren Maigue, it is a new material, made from waste crop, which converts UV light into renewable energy.

"Young people want to change the world, and the engineers, scientists and designers who enter the James Dyson Award demonstrate that they can. We have observed a growing number of ideas for healthcare and improving sustainability, and it seemed invidious to choose between such noble ideas, so we created two prizes this year, to support two equally worthy inventions. Judit and Carvey are highly impressive individuals who have made significant breakthroughs, I hope that they can use the James Dyson Award as a springboard to future success."

This year's International winner of the James Dyson Award was inspired by the inventor's mother's diagnosis of breast cancer. Judit realised that there is a global need for a less invasive and more accessible screening process for breast cancer. Currently screening requires women to attend hospitals or medical facilities and undergo an invasive, sometimes painful, and often costly procedure. As a result, it is estimated that 40% of women skip their breast cancer screening mammogram, resulting in 1 in 3 cases being detected late, leading to a lower chance of survival[1].

The Blue Box, invented by Judit Giro Benet from Spain, is an at-home, biomedical breast cancer testing device that uses a urine sample and an AI algorithm to detect early signs of breast cancer. The device performs a chemical analysis of urine samples and sends the results to the Cloud. Here, the AI based algorithm reacts to specific metabolites in the urine, providing the user with a fast diagnosis. Judit and her team now plan to work towards the final stages of prototyping, ready for human studies and clinical trials, alongside vital patent filings.

On winning the International prize, Judit says, "The Blue Box, has the potential to make cancer screening a part of daily life. The day that James Dyson told me that I had won the International prize was a real turning point as the prize money will allow me to patent more extensively and expedite research and development. But, most of all, hearing that he believes in my idea has given me the confidence I need at this vital point."

Many renewable energy sources suffer from intermittency: wind power and solar power can only be generated in very specific environmental conditions. Solar panels mostly capture and convert visible light into renewable energy and must be facing the sun to do so. Current solar farms are only built horizontally, never vertically and often placed on prime arable farmland, meaning the land can't be used to grow crops. Yet, there are thousands of windows and other surfaces that could be repurposed.

The James Dyson Award's first ever Sustainability Award winner is tackling the challenge of how we could more effectively generate renewable energy from light and upcycling waste in the process. AuREUS, invented by Carvey Ehren Maigue from Mapua University in Manila, the Philippines, is a material that can be attached to a pre-existing structures or surfaces such as walls and windows to harvest UV light and convert it into visible light to generate electricity. Current testing suggests that AuREUS can produce electricity 48% of the time, compared to 10-25% in conventional photovoltaic cells [2] , [3].

Carvey first submitted his idea to the James Dyson Award in 2018 but did not reach the Awarding stages of the competition. After further R&D into applications and different upcycled waste crops, his invention is the Award's first ever Sustainability winner. His persistence to improve his idea and learn from setbacks mirrors James Dyson's ethos on failure -- a key component to the design process fostered at Dyson.

After speaking to James Dyson, Carvey says, "Winning the James Dyson Award is both a beginning and an end. The end of years of doubting whether my idea would find global relevance and the beginning of the journey of finally bringing AuREUS System Technology to the world."

Scope was invented by Ishan Mishra, Holden Beggs, Zhen Le Cao, Fernando J. Pena Cantu, Alisha Bhanji from the University of Waterloo, Canada. Mobile phone cameras are unable to achieve high quality zoomed photos, as the lenses cannot use physical movement to zoom without image quality loss. Scope uses liquid crystals confined in a cell. When voltages are applied to the crystals it allows for the lens' optical wave front to be dynamically shaped without physical movement, enabling a lossless camera zoom.

The Tyre Collective was invented by Siobhan Anderson, Hanson Cheng, M Deepak Mallaya, and Hugo Richardson from the Innovation Design Engineering MA/MSc programme at Imperial College London and the Royal College of Art, UK. The Tyre Collective device uses patent pending technology to capture tyre wear right at the wheel, so the particles can be recycled and reused in new tyres or other materials such as ink; safeguarding us from the second largest microplastic pollutant in our environment.

The James Dyson Award forms part of a wider commitment by Sir James Dyson, to demonstrate the power of engineers to change the world. The Dyson Institute of Engineering and Technology, the James Dyson Foundation and James Dyson Award encourage aspiring engineers, to apply their knowledge and discover new ways to improve lives through technology. Since the competition first opened in 2005, James Dyson has contributed over £100m to boundary-breaking concepts in education and other charitable causes. The Award has supported nearly 250 inventions with prize money.

Hear more about the James Dyson Award on the Dyson Newsroom here. 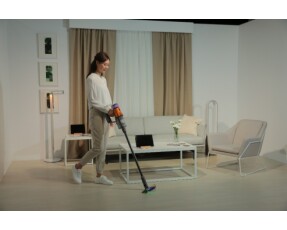 Improve your home and indoor air quality this autumn: Dyson delivers scientific proof of a deep clean with laser detect technology that shows hidden dust that can cause allergies 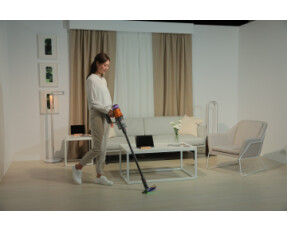