HONG KONG, CHINA -  Media OutReach  -  19 September 2019 - The Yidan Prize, the world's largest international prize in education, announces its 2019 laureates. Professor Usha GOSWAMI, Professor of Cognitive Developmental Neuroscience at the University of Cambridge in the United Kingdom, has been awarded the Yidan Prize for Education Research, while Sir Fazle Hasan ABED KCMG, Founder and Chair Emeritus of Bangladesh's BRAC has been granted the Yidan Prize for Education Development in recognition and support of their ground-breaking work. Professor GOSWAMI's neuroscience research has made great strides in understanding brain function, which allows educators to design different teaching pedagogy, techniques and tools to help children with dyslexia and special needs to learn languages more effectively. As the Founder and Chair Emeritus of BRAC, the world's largest non-governmental organization, Sir Fazle's work of innovative Play Labs allows the poorest and the most vulnerable children to obtain high-quality and low-cost early childhood education. 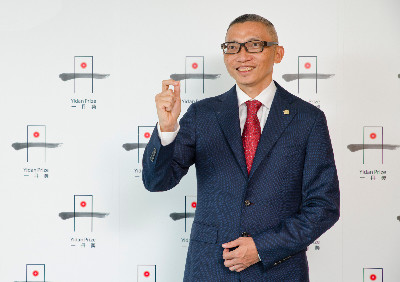 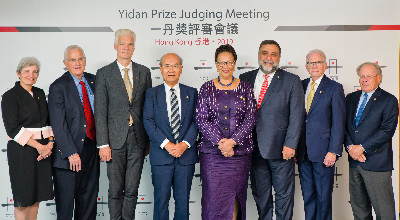 The two laureates will receive their awards at the Yidan Prize Awards Presentation Ceremony. Distinguished guests from around the world will witness this memorable moment at a widely anticipated international education event.

This year's laureates were chosen by the Yidan Prize Judging Committee during a six-month judging process from an overwhelming number of strong candidates to the two laureates. The geographical reach of the nominated projects this year covers 129 countries or regions such as China, the United States, India, the United Kingdom, Germany, Australia, Brazil and many others, indicating the growing significance of the Yidan Prize on the global stage. The 13 new countries on the list include Saudi Arabia, Belarus, North Macedonia, El Salvador, Gambia, Togo, Lesotho, Belize and others, representing a rich tapestry of different cultures and geographic regions.

Dr. Charles CHEN Yidan , Founder of the Yidan Prize, expressed his heartfelt thanks to the Yidan Prize Judging Committee for their completion of the judging process in Hong Kong. He said: "I congratulate Professor Usha GOSWAMI and Sir Fazle Hasan ABED KCMG on their outstanding achievements and commitment to improving education. Knowledge attainment is an area that transcends racial, religious, economic and national boundaries, affecting everything from human health and the environment to well-being and personal fulfilment. I hope every country and region can benefit from the results of the best research and education development work, helping to create a better world through education."

Dr. CHEN added, "I believe, in the future, education will continue to evolve -- alongside with technological breakthrough and social change -- and we will have deeper understanding on education. To me, education itself is not an end goal; it is an ongoing process to help mankind pursue long-term individual well-being and sustainable social development."

Dr. MATSUURA , Chairman of Yidan Prize Judging Committ ee commented: "This is the third year the Yidan Prize has been awarded and we are pleased with the result. Our Committee is delighted to see that the laureates' inspiring projects are helping transform education in different communities, improving learning in a meaningful and sustainable manner."

Professor Usha GOSWAMI , Laureate of Yidan Prize for Education Research, is a world-leading researcher in the fields of literacy, neuroscience and education. She is Professor of Cognitive Developmental Neuroscience at the University of Cambridge, and a Fellow of St John's College Cambridge. Her research has identified the importance of children's awareness of linguistic rhythm patterns for their reading acquisition, and has also revealed the brain basis of rhythm perception, showing how this neural process is impaired in developmental dyslexia.

Mr. SCHLEICHER , Head of the Judging Panel for the Yidan Prize for Education Research praised Professor GOSWAMI   for her ground-breaking research. He said: "Professor GOSWAMI is a highly respected scholar who has been visionary in her approach and impactful in the field. Thanks to her work, educators can now understand how children's phonological awareness underpins reading development and dyslexia across languages -- at the cognitive, the behavioural, the sensorial and the neural levels. GOSWAMI's work has made great strides in understanding brain function and brain development, which has far-reaching implications for people's wellbeing in later life and their participation in society. Her research has laid the groundwork for helping every child succeed. It has allowed passionate educators to arm themselves with the scientific understanding of how different children learn, so that teachers can embrace that diversity with differentiated pedagogical practice and make educational success predictable, scalable and sustainable."

In 1972, Sir Fazle Hasan ABED KCMG, Laureate of Yidan Prize for Education Development, founded BRAC, an international organization with a focus on empowering the poor, especially women and girls, to achieve their full potential through education. Since then, BRAC has grown to be one of the most effective development organizations in the world, working each year with over 100 million people globally.

Ms. GORDON , Head of the Judging Panel for the Yidan Prize for Education Development congratulated Sir Fazle Hasan ABED Founder and Chair Emeritus of BRAC on his remarkable and distinguished career. She said: "As a hugely influential and visionary leader of BRAC for over four decades, Sir Fazle has remained true to his goal: to empower the poor to alleviate poverty. BRAC has revolutionized how marginalized children from resource-poor communities learn, giving thousands of children between the age of 3 to 5 the opportunity to benefit from the latest research in how brains develop and providing them with a solid foundation for their further education. BRAC's interventions are part of a historic movement to end extreme poverty -- led by those directly affected and amplified by those who care. A movement to ensure that 'no one is left behind' in the true spirit of the United Nations Sustainable Development Goals (SDGs)."

Honoring the laureates and sharing ideas

Nominations for the next round of the Yidan Prize will open in early October .

About the Yidan Prize Laureates 2019 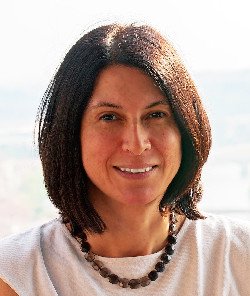 Professor of Cognitive Developmental Neuroscience at the University of Cambridge

Professor Usha GOSWAMI is a world-leading researcher in the fields of literacy, neuroscience and education. She is Professor of Cognitive Developmental Neuroscience at the University of Cambridge, and a Fellow of St John's College Cambridge. Professor GOSWAMI founded and serves as Director of the world's first Centre for Neuroscience in Education. Her research has identified the importance of children's awareness of linguistic rhythm patterns for their reading acquisition, and has also revealed the brain basis of rhythm perception, showing how this neural process is impaired in developmental dyslexia. These discoveries are enabling transformative educational interventions that have the potential to benefit millions of children worldwide.

Professor GOSWAMI was elected a Fellow of the British Academy in 2013, and has won a range of international prizes for her research. She has given talks on neuroscience and learning in numerous countries' governments and organizations , has published 8 books and over 180 research papers, and has written widely for educators and for the public. 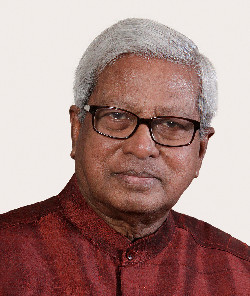 Founder and Chair Emeritus of BRAC

Sir Fazle Hasan ABED KCMG is the Founder and Chair Emeritus of BRAC, ranked by Geneva-based 'NGO Advisor' as the number one NGO in the world in 2019 for the fourth consecutive year based on its innovation, impact and governance. Established in 1972, and operating across 11 countries in Africa and Asia, BRAC's primary objectives are alleviating poverty and empowering the poor.

Sir Fazle has been honoured with numerous national and international awards for his achievements in leading BRAC. In 2009, Sir Fazle was appointed Knight Commander of the Order of St. Michael and St. George by the British Crown in recognition of his services to reducing poverty in Bangladesh and internationally. 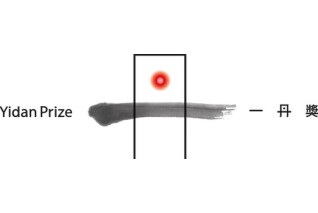 About the Yidan Prize

Founded in 2016 by Dr. Charles CHEN Yidan, a core founder of Tencent, the Yidan Prize has a mission of creating a better world through education. It consists of two awards, the Yidan Prize for Education Research and the Yidan Prize for Education Development. Yidan Prize Laureates each receives a gold medal and a total sum of HK$30 million (around US$3.9 million), half of which is a cash prize while the other half is a project fund. To ensure transparency and sustainability, the prize is managed by Yidan Prize Foundation and governed by an independent trust with an endowment of HK$2.5 billion (around US$323 million). Through a series of initiatives, the prize aims to establish a platform for the global community to engage in conversation around education and to play a role in education philanthropy. 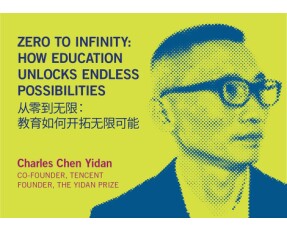 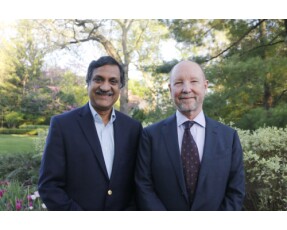 Yidan Prize Conference Series: The Americas sets an outlook for innovation and evidence-based research in education