In respect of the office portfolio, Sunlight Tower's occupancy improved to 98.2% with a 6.5% rental reversion, while the Sheung Wan and Central office portfolio exhibited a stable performance, demonstrating the resilient demand for inexpensive office space at decentralized locations.  The transitory jump in vacancy at Java Road 108 Commercial Centre was mainly due to the clustering of certain non-renewal cases during the quarter.

On the retail front, the portfolio continued to ride on the recovery of the retail sector, as evidenced by the decent performance of Metro City Phase I Property which recorded an 8.3% rental reversion for the quarter.  For Sheung Shui Centre Shopping Arcade, its level of occupancy continued to improve, while the negative rental reversion figure should not be a concerning feature, as it did not reflect the more dominant new letting activities in tandem with the ongoing tenant reconfiguration initiatives.

Key operational statistics for the third quarter of FY2017/18 1.         These figures have been adjusted to reflect the disposal of the Palatial Stand Property completed on 25 January 2018.

2.         Calculated on the basis of occupied gross rentable area ("GRA") as a proportion of total GRA on the relevant date.

3.         Calculated on the basis of average rent per sq. ft. for occupied GRA on the relevant date.

4.         Calculated on the basis of change in effective rent of the leases renewed and commenced during the relevant period.

Sunlight REIT (Stock Code: 435) is a real estate investment trust authorized by the Securities and Futures Commission and constituted by the trust deed dated 26 May 2006 (as amended and supplemented by six supplemental deeds) (the " Trust Deed "), and has been listed on The Stock Exchange of Hong Kong Limited since 21 December 2006. Sunlight REIT offers investors the opportunity to invest in a diversified portfolio of eleven office and five retail properties in Hong Kong with an aggregate gross rentable area of approximately 1.2 million sq. ft.. The office properties are primarily located in core business areas, including Wan Chai and Sheung Wan/Central as well as in decentralized business areas such as Mong Kok and North Point. The retail properties are primarily situated in regional transportation hubs and new towns including Sheung Shui, Tseung Kwan O and Yuen Long, as well as in urban areas with high population density.

The Manager of Sunlight REIT is an indirect wholly-owned subsidiary of Henderson Land Development Company Limited (恒基兆業地產有限公司); its responsibility is to manage Sunlight REIT in the sole interest of the unitholders in accordance with the Trust Deed. 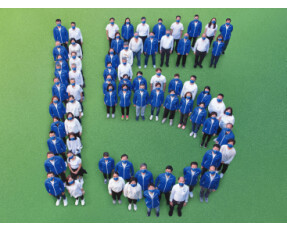