Recent laboratory testwork demonstrated that it is possible to produce a high-gold, low-cobalt chalcopyrite concentrate and a high-cobalt, low gold pyrite concentrate from HAT project mineralogical materials. Additional testwork is being implemented, which is aimed at improving process selectivity, concentrate grades and recoveries.

HAT drill core assays have indicated the presence of scandium at elevated levels typically twice that associated with crustal rocks. Scandium is a high value technology metal and is used in the manufacture of super-alloys and ceramic fuel cells; the market for scandium is anticipated to expand significantly in the near future. Preliminary analysis indicated the potential for by-product scandium production from the HAT project. The flotation testwork program will generate a tailings product that will be evaluated for the potential recovery of scandium. If the testwork proves successful, then by-product scandium production could add significant value to the HAT project.

Follow up updates will be announced as they become available.

On March 11, 2021, Canada unveiled its Critical Minerals List that can be viewed by following the link below. The list includes 31 minerals considered integral to the Canadian economy.

The Company also announces that it has granted a total of 410,000 stock options to its directors, officers, and consultants. The options are exercisable at a price of $0.35 per share and expire five years from the date of grant.

EUR ING Andrew Carter B.Sc. CEng. MIMMM, MSAIMM SME of Coffey, Tetra Tech is Doubleview's Qualified Person with respect to the Hat Project Metallurgical Studies as defined by National Instrument 43-101 Standards of Disclosure for Mineral Projects, and has reviewed and approved the technical contents of this news release. He is independent of Doubleview.

About the Hat Project:

The Hat Property is considered a probable porphyry gold-copper deposit with characteristics similar to those of many of British Columbia's major deposits.  Hat mineralization carries many of the important North American strategic metals, including but not limited to, Copper, Cobalt, and Scandium, with unique metallurgical characteristics that differ from other base metal deposits of British Columbia's Stikine Terrane.  Sulphide mineralization, primarily chalcopyrite, occurs in fracture zones in dioritic intrusive rocks and strongly altered andesitic volcanic and volcaniclastic rocks of Upper Triassic age.

Doubleview acquired the Hat Property in 2011 and has conducted several programs of exploration, Doubleview discovered the Hat deposit under the supervision and guidance of Mr. Erik Ostensoe, P.Geo.

On behalf of the Board of Directors, 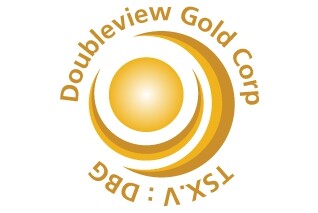 Information set forth in this news release contains forward-looking statements that are based on assumptions as of the date of this news release. These statements reflect management's current estimates, beliefs, intentions and expectations. They are not guarantees of future performance. Doubleview cautions that all forward looking statements are inherently uncertain and that actual performance may be affected by a number of material factors, many of which are beyond Doubleview's control. Such factors include, among other things: risks and uncertainties relating to Doubleview's limited operating history and the need to comply with environmental and governmental regulations. Accordingly, actual and future events, conditions and results may differ materially from the estimates, beliefs, intentions and expectations expressed or implied in the forward looking information. Except as required under applicable securities legislation, Doubleview undertakes no obligation to publicly update or revise forward-looking information.