KUALA LUMPUR, MALAYSIA--Media OutReach--10 April, 2014--Hotel investors, operators, developers and financiers from Kuala Lumpur are being targeted in an on-going campaign to provide more hotel rooms in Brisbane each year for the next decade.

An active approach to attracting hotel investment has reaped rewards for Brisbane with more than 500 additional hotel rooms either available or coming on line this year, but many more are needed.

Speaking at the launch of the updated Guide to Hotel Investment in Brisbane, Lord Mayor Graham Quirk said more investment in hotel rooms was needed to attract high spending visitors.

The Lord Mayor outlined opportunities for hotel operators, investors, and developers keen to establish a footprint in the city.

"Due to a shortage in internationally-recognised, full-service hotel room supply, Brisbane is forgoing about 121,000 visitors a year," Cr Quirk said

"The shortage is causing the market to defer an estimated 278,000 room nights every year -- about 14 per cent of current demand.

"This deferred economic benefit is largely contributed to the lack of hotel supply which in turn is hampering Brisbane's ability to attract major events and conferences. This lost visitor expenditure equates to about 1100 jobs and AUD$114 million in economic activity that would otherwise exist.

"More hotel rooms are needed to realise this deferred demand, and enable the city to procure more international business events and conferences."

Queensland's Tourism, Major Events, Small Business and the Commonwealth Games Minister, Jann Stuckey, said that investment in internationally recognised hotels was a key part of the Queensland Government's goal to grow Brisbane as a business and leisure destination.

"We are delivering a pro-business environment which supports new and renewed investment, as well as driving demand through attraction of new international airline routes, marketing campaigns and major events," Minister Stuckey said.

"Brisbane's events calendar is already brimming with world class sporting and cultural events. We have world class conference facilities hosting major business events, not to mention the upcoming G20 which will bring world leaders and global media to the Brisbane.

"The government is supporting the development of new drawcards such as the Queens Wharf development in the CBD which will transform Brisbane as a leisure destination.

"When you combine this with and new aviation routes into Brisbane, and the lowest payroll taxes in Australia, Brisbane becomes a very attractive hotel investment and development proposition."

Leading economic consultants AECGroup estimated Brisbane could sustainably absorb an additional 216 to 330 rooms annually to 2022 in the updated guide.

Cr Quirk said the council was delivering a pro-business and pro-development environment through the new City Centre Master Plan and with the appointment of a hotel investment manager to work with investors, developers and operators looking for hotel opportunities in Brisbane.

Brisbane Marketing's investment attraction manager has been in Berlin, London, Hong Kong and Singapore to raise awareness of Brisbane as a hotel investment destination.

The 2014 Guide to Hotel Investment in Brisbane, Australia provides the latest information on economic conditions, hotel demand drivers, trading conditions, and future hotel supply requirements for Brisbane, leaving investors in no doubt about where and how they can make sound investment decisions.

It is being distributed to national and international hotel investors and is available online at www.investbrisbane.com.au/hotels 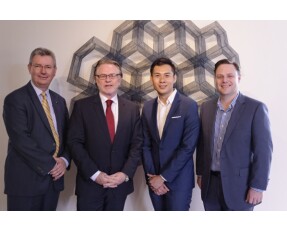 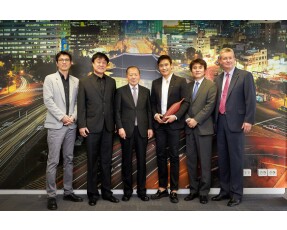