Internet, Everywhere - Newsfile Corp. - 29 June 2021 - Shopify (NYSE: SHOP) (TSX: SHOP) already powers commerce on the internet; in 2020, more than 450 million people checked out on Shopify, and we processed nearly $120 billion in Gross Merchandise Volume (GMV). As the world's commerce platform, we keep innovating to give entrepreneurs endless possibilities to creatively present their brands and grow their businesses.

Today at Shopify Unite 2021, we announced our largest set of platform investments to date. With a lens into the future where every merchant can tell their unique story, we are reinventing the internet's commerce infrastructure like never before and calling on developers to help us build that future together.

"The internet is the world's largest city, and Shopify is building its commerce infrastructure," said Tobi Lütke, CEO of Shopify. "Especially over the past year, we saw independent businesses succeed by showing up creatively and uniquely in this city. The future of commerce on the internet relies on creative expression at every touchpoint. Together with developers, we are building the infrastructure to make this possible."

What we announced at Unite 2021

Commerce requires creative expression. We originally built our Storefronts platform with this creative flexibility in mind, offering "no code" configurability for merchants to get started quickly, but also "max code" access for developers to extend and customize. New investments in our Online Store and Custom Storefronts platform ensure that, regardless of a merchant's size, technical skill, complexity, or scale, their business can thrive on Shopify.

Online Store 2.0: The biggest upgrade to Shopify's Liquid platform ever
Online Store 2.0 represents the biggest upgrade to Shopify's Liquid platform in our history. It features greater levels of flexibility and customization so merchants can better express their brands, create unique online experiences, and integrate apps-all without touching code. With Online Store 2.0, brands are no longer constrained by technical limits, giving them free creative control over their customer experience.

Online Store 2.0 updates include a set of new features that all work together:

Shopify gave Netflix early access to Online Store 2.0, and they used the new features to create Netflix.Shop, the first ever ecommerce store for Netflix.

As of July 15, the Shopify Theme Store is open to developers for new submissions
We're launching a new range of development tools, including a new integration with Github, Theme Check, Development themes, and improvements to Liquid. Lastly, we are introducing Dawn, Shopify's first open source theme that has the powerful Online Store 2.0 features built in. Created with flexibility and speed in mind, Dawn is 35% faster than the most popular Shopify theme and will be the new standard for Shopify theme development. Together, these updates will give theme developers more creative freedom and efficiency than ever before.

Major infrastructure investments into APIs and developer tooling
Shopify scales with merchants at every stage, regardless of their maturity, technical resources, or complexity. A merchant should never have to replatform to achieve their desired tech stack, business logic, or buyer experience. Today, we are further investing into API-powered storefronts that allow developers to unlock our fast, flexible, and feature-rich platform while having the freedom to choose their own framework and language. And we have expanded hosting regions to every continent, with Shopify commerce logic running in 100+ server locations that will directly serve API requests for Custom Storefronts and bring online stores and our GraphQL Storefront API within 50 milliseconds of every buyer on Earth.

Available July 1, improvements to our Storefront API include:

We also previewed Oxygen, a way to host Hydrogen storefronts directly on Shopify that is fast, global, and optimized for commerce.

Metafields and Custom Content
With support for additional Metafields, merchants can now add their own attributes to models like products and product variants, with support for other models like customers and orders coming later this year. Custom Content, launching soon, will be built on top of the new Metafields infrastructure and will serve as Shopify's Content Management platform. It will allow merchants to store content of any format within Shopify.

This flexibility enables merchants to store all of their data within one platform and makes data retrieval easier across the commerce experience for greater levels of flexibility and customization-across both Online Store 2.0 and Custom Storefronts.

The most powerful checkout in the world is getting even faster, more scalable, and easier to customize.

Major Shopify Checkout speed and capacity improvements
Shopify Checkout will be even faster, giving any shop the capacity to handle tens of thousands of purchases per minute. With these capacity improvements, Shopify's goal is for a single merchant to be able to sell 300,000 pairs of sneakers in just over eight minutes, and for each individual shop to have the ability to handle as much sales volume as we served across all of Shopify at the peak of Black Friday Cyber Monday in 2020.

Shopify Scripts are easier to build and more powerful than ever
We've rebuilt Shopify Scripts so developers working with Shopify Plus brands can write custom logic unique to their brand and deploy it to multiple stores using apps; and because Scripts execute in Shopify, they can scale up according to volume. For example, a merchant could customize the shipping options provided by Shopify and create a script that sorts shipping methods based on carbon emissions, allowing customers to pick the most eco-friendly option. With the new and improved Shopify Scripts, we've made it easier than ever to extend the business logic of Shopify and build unique checkout experiences.

Shopify is making it easier to scale Checkout globally with Payments Platform
Shopify's global payment partners solve for a diverse set of merchant needs. Last year alone, those partners processed more than $65B in GMV. With the launch of our new Shopify Payments Platform, we are unblocking future opportunities for growth in markets and industries by empowering payment providers to build new integrations into Shopify. Our Payments Platform will replace our legacy integration points and will enable partners to create payment gateways as Shopify apps. This opens Shopify to a broader ecosystem of gateways that offer niche functionality and brings new business value to merchants by helping them sell more, in more places.

Shopify is the best place for developers to build, grow, and scale their businesses--and it just got even better. Introducing our developer-first business model: 0% revenue share for the first $1M in annual revenue on the Shopify App Store and the Shopify Theme Store.

Shopify revenue share is now 0% for the first $1M app developers make annually on the platform
When it comes to building apps for Shopify, the opportunity is already massive. In 2020 alone, Shopify partners generated $12.5B in revenue, up 84% year-over-year. Shopify makes it possible for developers around the world to build successful businesses of their own while giving merchants more flexibility to customize their commerce experience.

As of August 1, we're offering a 0% revenue share for all developers making less than $1M per year on our app store. This is significant for Shopify and our developers because:

Over 1.7M merchants around the world use Shopify themes, and we are offering the same business model of 0% revenue share for Theme Store developers until they make $1M annually. For merchants, more themes mean more opportunities to showcase their brands and deepen connections with consumers.

Commerce is rapidly evolving for merchants all over the globe. These updates mean more merchants will have their diverse needs met through a larger selection of apps and themes, and developers will have more entrepreneurial opportunities than ever before.

For more details and the full recording of Shopify Unite 2021, please visit unite.shopify.com.

Shopify is a leading global commerce company, providing trusted tools to start, grow, market, and manage a retail business of any size. Shopify makes commerce better for everyone with a platform and services that are engineered for reliability, while delivering a better shopping experience for consumers everywhere. Proudly founded in Ottawa, Shopify powers over 1.7 million businesses in more than 175 countries and is trusted by brands such as Allbirds, Gymshark, Heinz, Staples Canada, and many more. For more information, visit www.shopify.com.

While more generous terms on our developer revenue share mean less for us near term, we do not expect the impact to be material. We believe this more equitable approach will encourage greater innovation and development on behalf of merchants overall, and allow more businesses to succeed on Shopify. 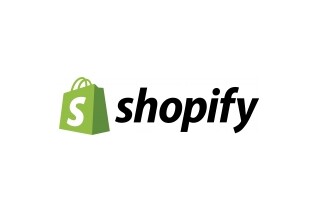