Continued Confidence Towards ASEAN, But Signs of Losing Faith in ASEAN Economic Integration

"European businesses are extremely positive about ASEAN and have rated ASEAN as the region with the best economic opportunity, ranking more than 2-to-1 over the next, China. Almost 9 of 10 expect to expand trade andinvestment in the next five years."

"However, there is also a clear message that European businesses are increasingly sceptical or negative about the effects of regional ASEAN integration on their business prospects. Respondents are now seeing local or national elements such as improvements in infrastructure and the local economy as key drivers impacting their revenue and profits. Unless ASEAN moves faster on its integration efforts, especially removal of NTBs and harmonization of standards, it risks being seen as just a "sum of the parts" of the 10 countries and not capturing the synergies and greater economic and development benefits that an integrated community can bring."

"The message from the Survey is clear: ASEAN Economic Integration appears to be at a standstill. ASEAN and its constituents need to pick up the pace to meet the AEC Blueprint 2025 goals. European businesses are now adjusting their business strategy according to local environments, rather than waiting for substantial progress in regional economic integration.  European businesses are also very concerned about the lack of progress on further FTAs with the ASEAN region, and in particular the long talked about region-to-region FTA which nearly three-quarters see as potentially delivering more benefits that a series of bilateral FTAs.  European businesses clearly want the European Commission to step up the pace of negotiations with Southeast Asia"

The Survey notes that "delays in reducing NTBs to trade and investment have dulled enthusiasm for the AEC" and that "the EU FTAs with Singapore and Vietnam are steps in the right direction, but the opportunity cost of overlooking a region-to-region FTA, or more speedy action on further bilateral FTAs, is not to be taken lightly. European businesses are also urging the European Commission to bolster its efforts in ASEAN, while calling for the EU to revitalise its negotiations with the Southeast Asian bloc and take smaller progressive steps if necessary."

Summary of Key Findings in the Business Sentiment Survey:

72% of respondents believe that an EU-ASEAN FTA would deliver more advantages than a series of bilateral FTAs (2018 -- 87%).

64% of respondents believe the EU should pursue an EU-ASEAN FTA now before bilateral FTAs are concluded (2018 -- 70%).

Only 3% of respondents feel that ASEAN Economic Integration is progressing fast enough (2018 -- 11%).

58% of respondents found that the number of NTBs to trade in ASEAN have not changed much.

71% of respondents feel they are often or sometimes consulted by national governments in ASEAN (2018 -- 70%).

77% of respondents believe they face unfair competition in the local/regional environment at least occasionally (2018 -- 62%). 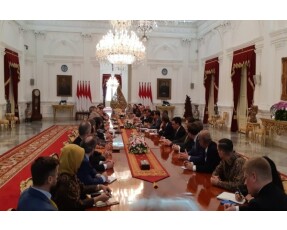