Media OutReach is proud to have helped SOPA Awards to gain record-breaking submission in its 17 years of existence.

HONG KONG - Media OutReach - 14 May 2015 - Media OutReach, a media company that provides global press release distribution and media monitoring with analysis services announced today its appointment as the Official Media Partner for the Society of Publishers Asia Awards (SOPA Awards) to be held on 10 June 2015.

Established in 1999, the SOPA Awards is held annually to honor editorial excellence in both traditional and new media.  Through its range of categories, the awards showcase the diverse geo-political environment and vibrant editorial scene in Asia while raising the standards of world-class journalism. It is highly regarded not only in Asia Pacific but also on an international level.

Despite the success that SOPA Awards has achieved throughout the years, there are still many professionals in the industry that have yet to be recognized by the media community. By partnering with Media OutReach, SOPA Awards aim to increase awareness and create stronger ties in countries where they are less known. To date, Media OutReach has the largest network of media contacts in Asia Pacific, reaching over 33,000 media outlets, journalists and websites spread across major countries like Australia, China, Hong Kong, India, Indonesia, Japan, Macao, Malaysia, New Zealand, Philippines, Singapore, South Korea, Taiwan, Thailand and Vietnam as well as other emerging economies.

"At the heart of Media OutReach has always been our position to view the media as our partner, and we are therefore incredibly excited to have been chosen to work on this project that we feel is of importance to the industry. The SOPA Awards offer an excellent opportunity for the media to showcase and celebrate their exceptional work, and for this reason we are delighted to be the newswire partner that brings this opportunity to the attention of journalists in Asia Pacific and internationally.  We are overjoyed with the positive outcome of this partnership, with SOPA receiving over 600 submissions for the Awards, a record-breaking number in its 17 years of existence," said Jennifer Kok, founder and managing director of Media OutReach.

"This year's submissions for SOPA Awards have definitely exceeded expectations. The lively response and strong participation of publications from all over Asia attests to our indispensable role as standard-bearer of journalistic excellence -- a position we have achieved through our partnership with Media OutReach. Their strong media database and dedication to achieving our goals were the driving force that led to our record-breaking success, and for this we are truly grateful to them," said Mr. Tom Leander, Chairman of the SOPA Awards for Editorial Excellence Awards Committee.

About SOPA Awards The Society of Publishers in Asia (SOPA) was founded in 1982 to promote both local publishers and local representatives of foreign publishers in Asia, with a view to fostering better cooperation and understanding among members. It is based in Hong Kong and represents international, regional and local media companies in Hong Kong and around Asia. SOPA is a not for profit organization. It hosts the prestigious annual SOPA Awards for Editorial Excellence to set world-class benchmarks for journalism in Asia. The Society of Publishers in Asia exists to promote excellence in journalism and best practices across all local and regional publishing platforms in Asia Pacific. About Media OutReach Media OutReach is a media company founded in 2009 and headquartered in Hong Kong. The company provides global clients with press release distribution and media monitoring with analysis services. The company is an expert in Asia-Pacific media and has the most comprehensive media and journalist database for newspapers, magazines, online media, bloggers, B2B and B2C trade publications, newswires and broadcast media. Media OutReach’s service connects companies and journalists with targeted news release. For more information, visit us at www.media-outreach.com
SOURCE: 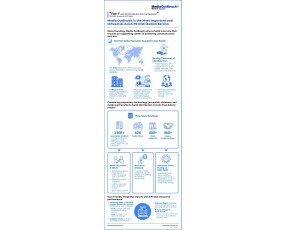